If you ride a bicycle, then chances are, you probably have one of those fancy LED lights attached for night riding. The thing about these lights is, it sometimes magically disappear (read: stolen) and if it doesn’t (get stolen), it will be just a jarring sight to an otherwise sleek bike. However, Mission Bicycle Company wants to change that. The San Francisco company wants to put an end to stolen lights and eyesore with a new bike design with integrated lighting. 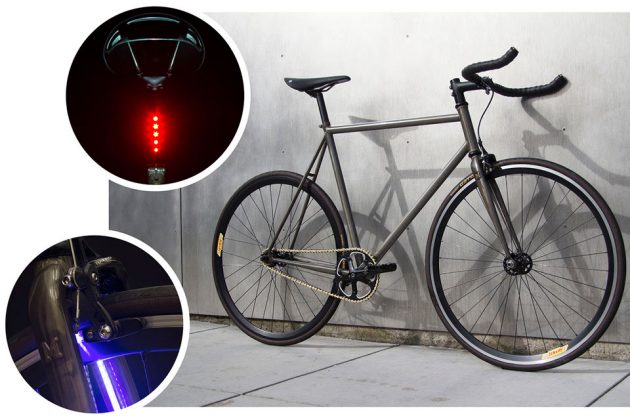 There is no specific model to which this “integrated lighting” will be available; it is available as standard on all bikes. Now, the terms “integrated lighting” does not sound like much. I mean, already, you can find seat post integrated with LED (which Mission’s Integrated Lighting also features). What really makes Mission Bicycle Company’s offering shines is the front lights that are inconspicuously integrated to the two front forks. 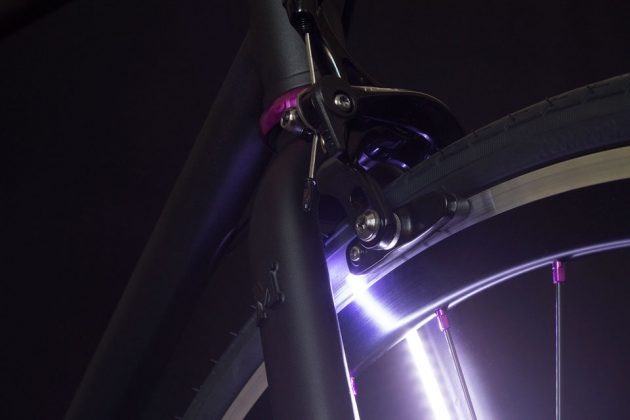 It is so discreet that even now that you know the lights are on the front forks, you won’t be able tell because, the two strips of LED, each containing 50 diodes, are on the inside of the fork’s arms. At a press of a button on the top cap of the headset, it will turn on the lighting system on or off. It is dimmable too, just by pressing and holding the button. The seat post gets five red LEDs lined up vertically and the cabling, including those leading out of the front forks, all ran inside the bicycle frame which keeps the entire squeaky clean and minimal. 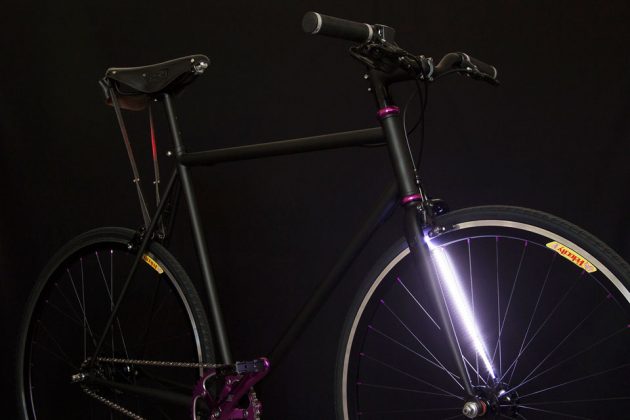 The lighting system is kept juiced by a rechargeable battery housed in the headset and it is removable to be recharged via USB. Obviously, the “fork light” is not going the cast a light far enough to illuminate the road ahead like any headlight will do and so, it is probably for use in city where streets light are in abundance. However, a review by Michael Carole of Wired suggests that this integrated lighting is more of a safety feature than for illumination.

You get the Mission Bicycle with integrated lighting with customized design of your desire starting at $1,100. Continue reading for the product video. 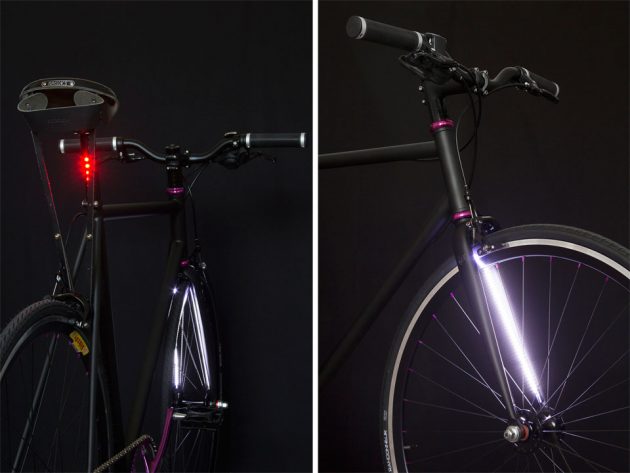 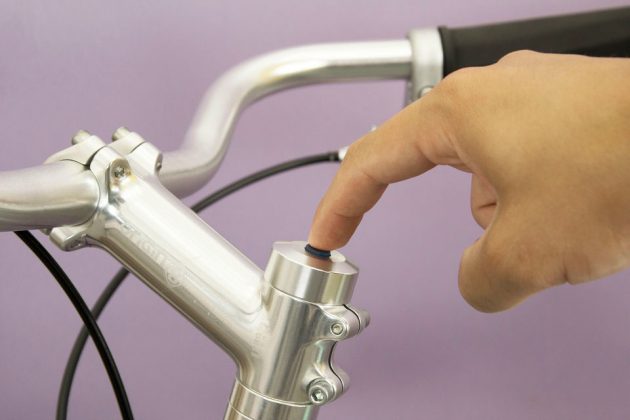 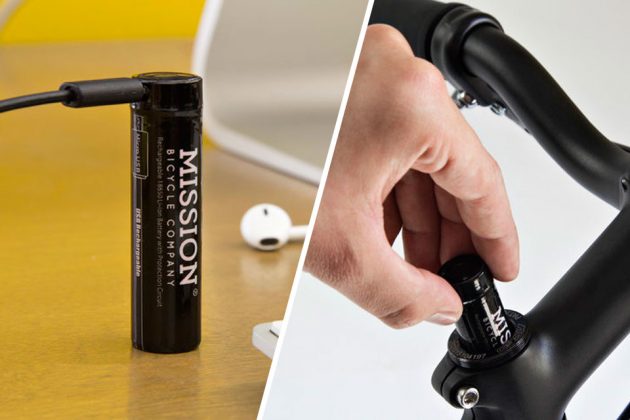