The quest for energy storage has never stopped and more so now that we are even more reliant on this form of energy than ever before. And this quest has resulted in the development of liquid flow batteries in the 70s and though groundbreaking at that point, this battery technology is far from efficient and obviously, not cost effective because a typical setup requires a host of ancillary devices, including pumps, valves and tanks. Basically, it will look something like a Frankenstein hooked up to a host of life-giving cables and machines, and that’s one heck of a mess which is hardly practical. 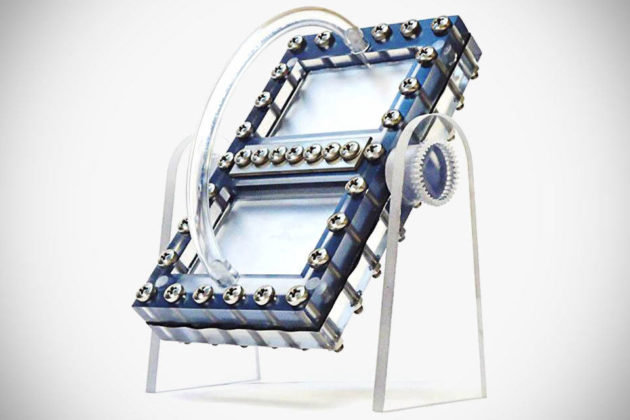 In contrast, the original development will required larger tanks, which itself is cumbersome enough, to achieve more energy production. Liquid flow batteries, if you don’t already know, has liquid form negative and positive electrodes within, separated by a membrane. In MIT’s version, it uses both liquid and solid components, where one side of the battery has flowing liquid while the other side has a sheet of lithium. But that’s for now. The plan is to eventually move on to having liquid on both sides and having them flow side by side through an opening while separated by a membrane.

As exciting as this development may sound, it is, as described by Kyocera Professor of Ceramics Yet-Ming Chiang, like a concept car, which means it is not destined for production, at least not yet, but it is more of a proof-of-concept that this methodology works and pave way for future real products. You can learn more about MIT Pump-free Flow Battery Technology HERE.