When we think longevity in creatures that roam the Earth, we often perceive tortoise as the animal that is widely known to live up to 200 years or more, or some folks who lived up in the mountains who managed a little over a century. However, little do we know that the real champion of longevity is a creature with a close jurassic lineage and dwells in the deep of the Arctic seas. The creature in question is the undisputed king of carnivore of the sea, sharks, or more specifically, the Greenland shark. This largely unheard and under studied marine vertebrate lives in the cold northern waters and can grow up to over 16 feet long (approximately 4.9 meters). 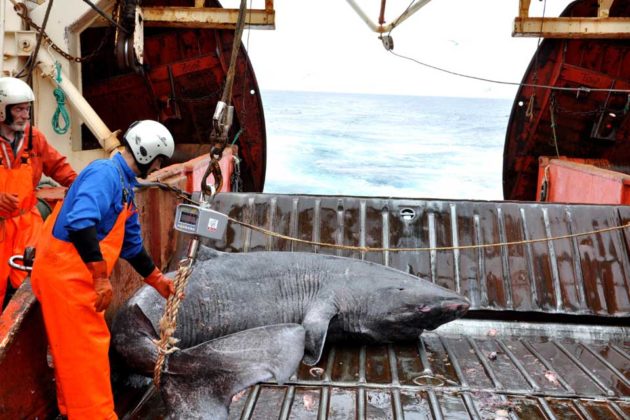 Using radiocarbon dating techniques on 28 female Greenland sharks caught as bycatch between 2010 and 2013, researcher Julius Nielsen from University of Copenhagen in Denmark, and his colleagues conclude that the oldest shark could be around 390 years. He added that, “it was, with 95 percent certainty, between 272 and 512 years old.” And that was just from the 28 sharks caught by accident, not accounting for those roaming in the deep. This means the Greenland shark might very well be the longest living vertebrate on this planet and its mind-numbing lifespan rivals that of the ocean quahog, a deep ocean clam which can live up to 507 years.

Incidentally, the oldest ocean quahog and the other longevity champion, the bowhead whale, also dwells in the cold northern waters, which leads researchers to believe that the long lives of these marine creatures could be the result of extreme low temperature. Of course, cold wouldn’t be the only element at play here. There could be other physiological factors common to both the ocean quahogs and the Greenland sharks, and possibly, the bowhead whales, which are yet to be discovered. Someday, if scientists managed to crack the code, then perhaps, it could be the answer to the mankind’s greatest enemy: aging.