Now, we don’t where or when this photograph originated and who have taken it, but you know it is a good image when you see one. But being breathtaking is one thing; it also serves as a reminder of how resilience nature is. Apparently, this has happened in the waters of Australia. A boat was, for some reasons, abandoned and subsequently taken a life of its own with floral popping up on wherever they can find a place to stay rooted. It is quite a sight to behold. And I can only imagine corals of some sort are flourishing beneath the surface of the water, supporting even more life.

However, the question remains: how the hell did the seeds of these plants managed to land there? Were they already in the timber of the ship, or did some passing birds seeded it while taking a break on this lone structure on the water? Questions. Questions. Questions. I guess we will never know. All we can do is to marvel at nature’s ability to flourish no matter what and where. Beauty indeed. Take a breath and enjoy the image. As loyal followers may know, we don’t do this often. But this image here is strangely captivating. So much so that we have to share it with you guys.

P.S. Ahhh… we managed to locate a source that said it is actually the “wreck of SS City of Adelaide,” which run aground in 1916 in Cockle Bay, Australia. Still, we have no idea who took this beautiful photo. 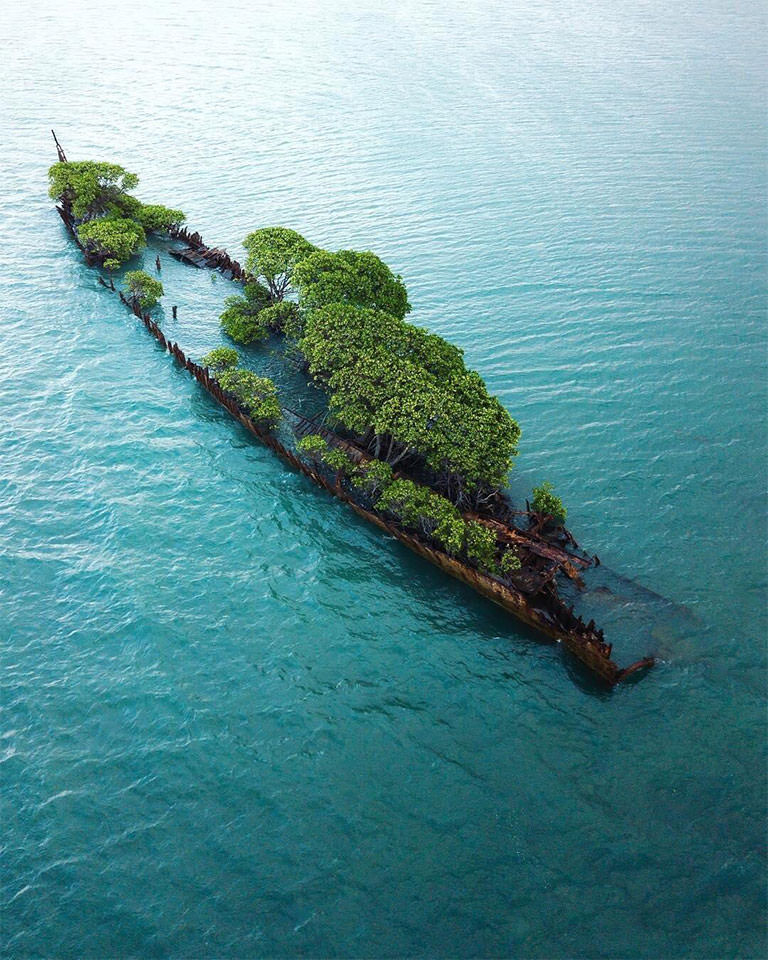