KIA is last name one would expect to go all out about performance, but here it is, the company’s image of performance is forever imprint with the much lauded and I dare say, most anticipated, “muscle car,” Stinger. When we first saw the concept last year, we were did not think it will make it to production, but it clearly did. I know. I may be late on this, but still, it will be a sin not to mention this monster machine from the South Korean car maker. The thing is, there are not rules in naming a car, but to have a car with a moniker like ‘Stinger’, it has an unspoken expectations to live up to. 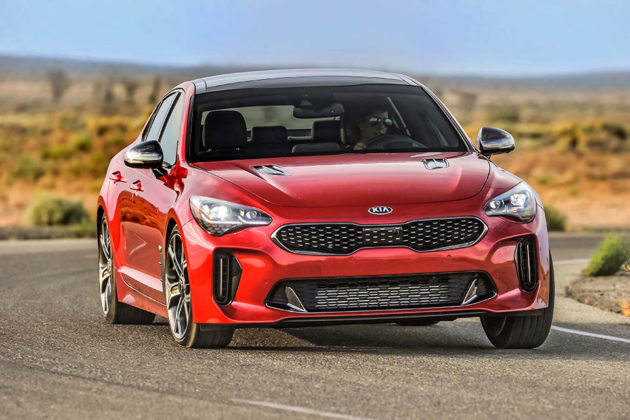 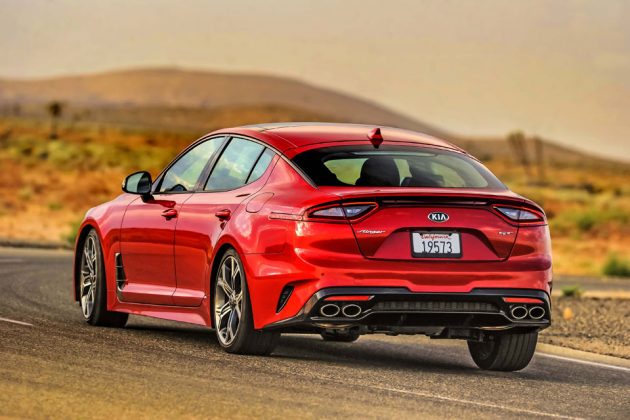 OK. Enough of the admiration for this sexy bode which would otherwise been perfect if not for the too many accoutrements decorating the exterior. I’d prefer a more minimal exterior with minimal chrome accents. Words can’t even described how I loath chrome accents, but that’s just me. The Stinger is offered in two engine options and several level of trims. Setting aside trim, your decision-making is made easier with either a 2.0L twin-scroll turbo inline 4, or the range-topping 3.3L twin-turbo V6 motor. 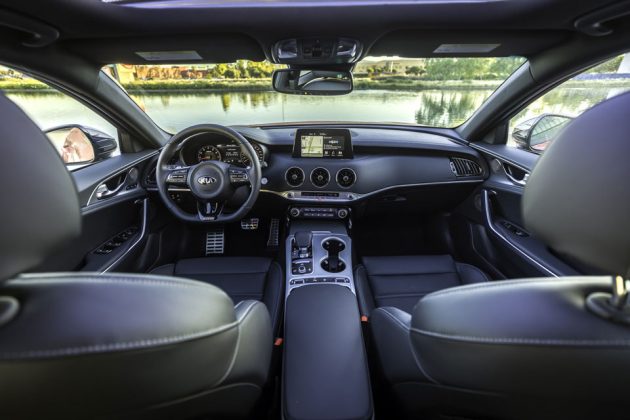 The small motor puts out a healthy 255 horses and 260 lb-ft of torque while the latter pumps out a cool 365 hp and 376 lb-ft. Transmission is the same across the board, which is an eight-speed automatic transmission with no option for manual stick works, save for the paddle shifter. It is a shame that with such great power, it lacks the control available to the driver. Then again auto gearbox is no slouch either. The 2L variant still makes 0-62 in 6 seconds flat and the range-topper makes the century sprint in a super fast 4.9 seconds, and so, stick work or not, I guess it matters not. As a side note, the gear ratio is different for the 2.0L and 3.3L models for obvious reasons. 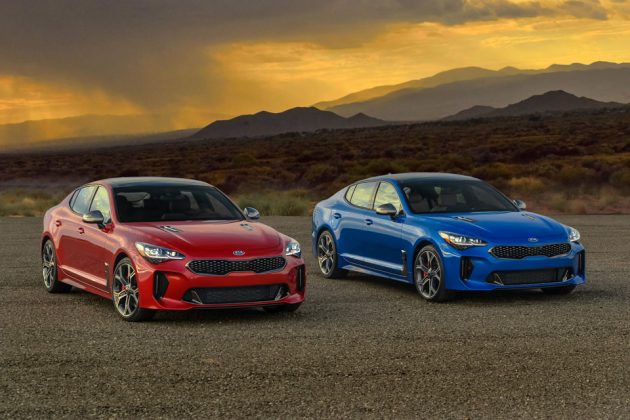 And oh, it has a critical element that makes it a true sports car: it is rear-wheel driven. Now that, my friends, it is a real sports car! However, there’s an AWD option too, but not every markets will see that option. Apart from obvious engine difference, the regular Stinger (called GT-Line is some markets) and top-of-the-range GT do have some equipment differences, most notably the GT gets a larger wheels (19-inch versus 18-inch), Brembo brakes with vented disc all-round, electronic parking, and the option for electric shock absorbers. Like I said, I have driven one, but so far, the reviews are encouraging. Some even said that this is a winding road-happy grand tourer.

The 2018 KIA Stinger is available in the U.S., starting at $31,900. Not quite as affordable as one might have envisioned, but it surely less pricer than its lunches, eh? 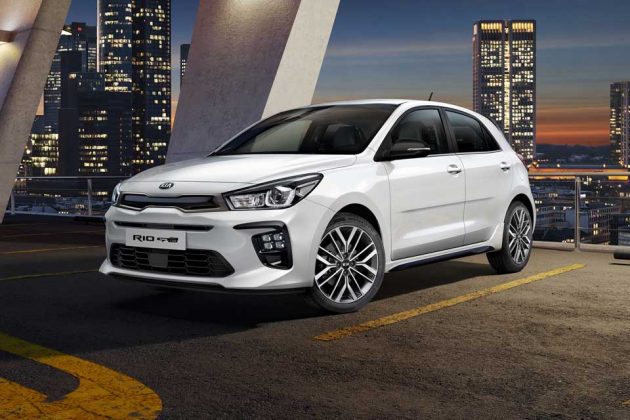 In any case that monster sedan isn’t your cuppa, KIA has unveiled recently a Rio model with “new sport-inspired GT-Line specification.” Expect this Rio to be powered by a 118 bhp turbocharged 1.0L T-GDI motor and comes outfitted with GT-Line 17-inch alloys, sporty exterior trim, KIA GT-inspired interior, and latest in safety technology including Driver Attention Warning System and Lane Departure Warning System. The 2018 KIA Rio GT-Line is slated to hit the EU markets at the end of Q1 2018 for an yet-to-be-announced pricing. Not sure if it will be available in stateside though. 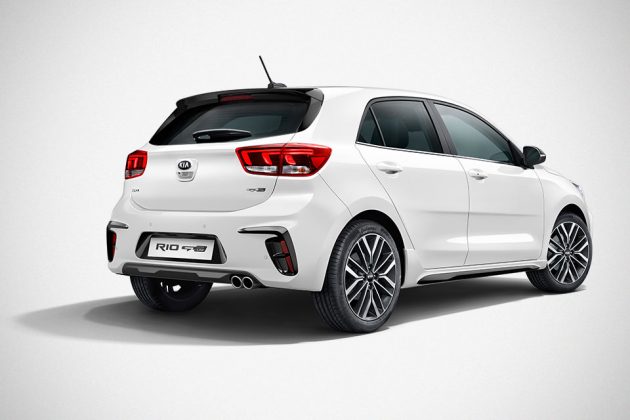 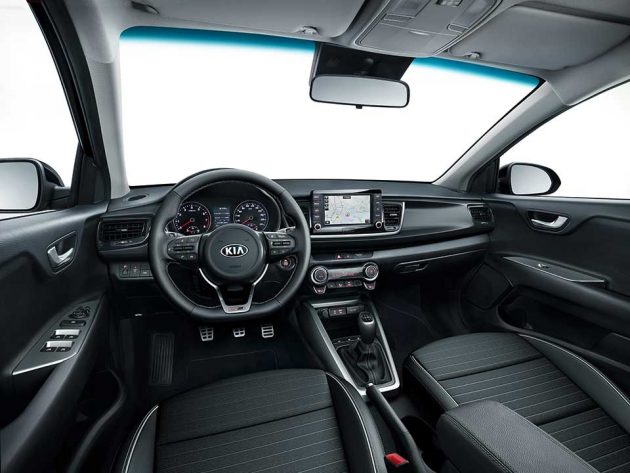 All images courtesy of KIA.