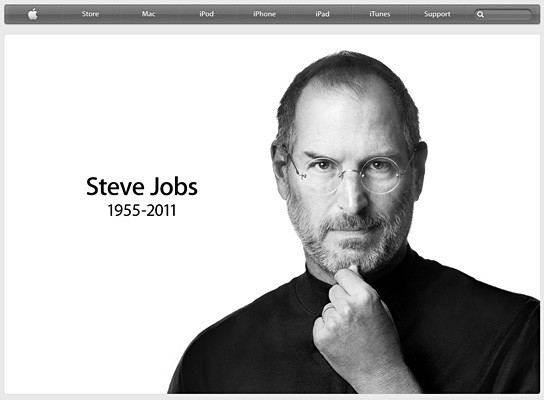 Apple has announced in a statement on Wednesday, October 5, that the Apple co-founder and former CEO Steve Jobs has passed away. at the time of his death Jobs was 56 years of age. often considered as one of the greatest American CEOs of our time, Jobs died after a year long and highly publicized battle with a rare form of pancreatic cancer. when Jobs stepped down as a CEO in August, the world – tech industry watchers and consumers, alike – worries what will become of this tech company that literally reshaped the landscape for consumer electronics and now that he’s gone, what lies ahead of Apple is even more a mystery. Apple pays tribute this visionary co-founder with a letter on its Apple.com landing page, which reads:

[quote]”Apple has lost a visionary and creative genius, and the world has lost an amazing human being. Those of us who have been fortunate enough to know and work with Steve have lost a dear friend and an inspiring mentor. Steve leaves behind a company that only he could have built, and his spirit will forever be the foundation of Apple.”[/quote]

this perhaps the saddest day for the tech industry as a whole and it is extremely saddening to hear the passing of one of the greatest man in the history of our time. a man who has touched the lives of so many with his believes and dedications in technology. last but not least, our condolences are with Jobs’ family, friends and colleagues.