July 20 marks the 45 years since Neil Armstrong first set foot on the dusty surface of the Moon and to commemorate this giant leap for mankind, Nike and Bodega has come together to release a special edition of its Air Max Lunar90. before we moved on, we have to clarify that we find no information with regards to its official name. some referred the kicks as the ‘Apollo 11’, some says it is ‘Moon Landing’ or even ‘USA’, but according to Bodega, it seems to be known simply as Nike Air Max Lunar90 SP. we might be missing something here, however. anyways, this commemorative moon kicks features a upper in 3M moon print (basically, a graphic of the heavily cratered moon surface), matched to a speckled grey and black Lunarlon midsole, and wrapping up with read and white stripes, and blue and white star print on the right and left heel cup, respectively, which without doubt, a homage to the American achievement planted firmly in 1969. 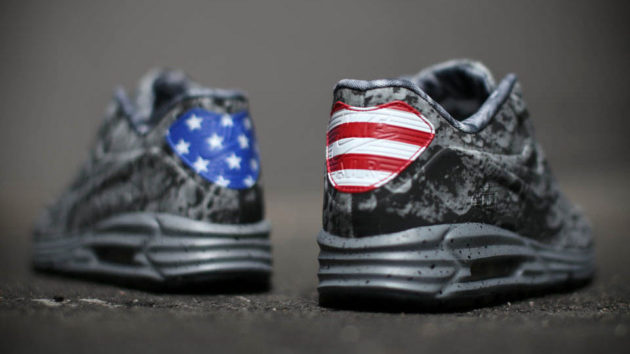 too bad those are just print; it will be cooler if it is in 3D, you know, with the craters popping out. just saying… priced at $145 a pair, the Nike Air Max Lunar90 SP is slated to go on sale on July 20th at 8 a.m. EST via Bodega online store, as well as brick-and-mortar store through a raffle system. the raffle started on July 17 through to July 18, 6pm and is limited to one raffle per customer. winning customers will be contacted on July 19 for the July 20 acquisition proceeding. only raffle winners will be allow to purchase in store and none will be offered to walk-in customers. just though you folks should know, so that no one will be wasting time waiting in line. 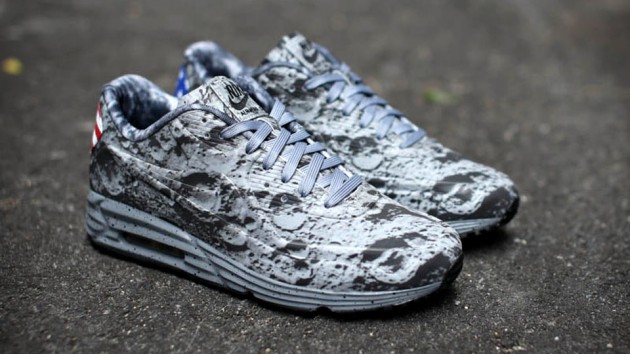 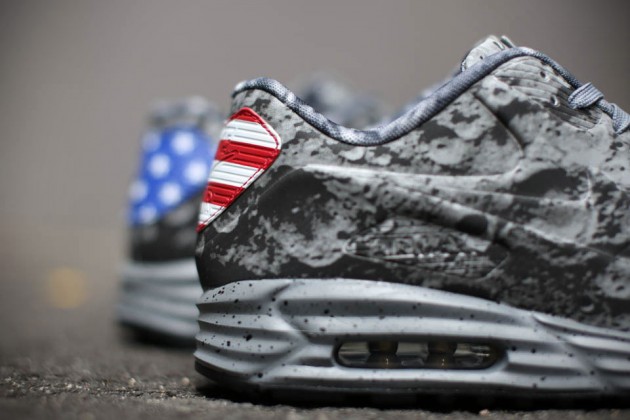