since the birth of science fiction on silverscreen mankind has dreamt of robot companion that will keep us company, help us in our daily chores and more, and that dream is about to realize – thanks to MIT professor and social robotics specialist, Dr. Cynthia Breazeal. Dr. Breazeal’s team has developed to Jibo, a family-friendly desktop robot that looks suspiciously like Wall-E‘s EVE. though so, it has a slightly more expressive articulation (no limbs, though, unfortunately), complete with a ‘black face’ which is actually a 5.7-inch touchscreen display, boasting 1,980 by 1,080 resolution. Jibo looks like a cute appliance that will have guessing what it is, until it comes to live and a lone spherical object resembling its eye appears on the black display. 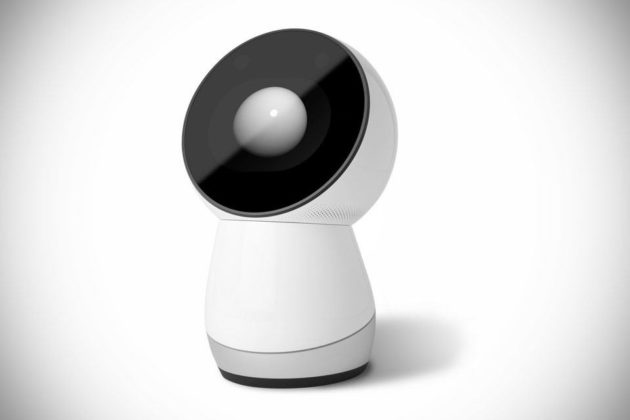 we can’t tell from the image or video, but Jibo does really has eyes in the form of a pair of stereo cameras. it listens through stereo microphones, also tucked away in its ‘face’ and speaks through stereo speakers. it has a three-axis motor that allows for the ‘articulation’, even moving through 360 degrees and it is touch sensitive too, which means you can interact with it by patting it, just like you would with another person. through its ‘eyes’, it can recognize and track faces of family members and is able to distinguish the different voices of each member. Jibo can also politely inform you of things like calendar events and incoming messages and read them out if you desire. it can help turn on the lights for you when your hands are full and it will also learn your habits, know which are your favorite take-out eateries or restaurants and even place your order for you if possible. of course, all these are only possible assuming that you have a fairly well connected home.

Jibo is almost like a dream come true, except for a few shortfalls such as the immobility and the need to be plugged into an AC outlet. if you love what Jibo Family Robot can do for you and family, then you’ll be glad that you can pre-order one via Indiegogo. however, it does not come cheap; expect to shell out $499 for one and an excruciating long wait till next December for it to finally reach you. there is also a developer version which will arrive a tad earlier in September 2015 and cost $599 a pop.