we do have a feeling that there is a phenomena known as “another day, another Nokia handset.” well, maybe that’s an exaggeration, but it certainly feels that way, either that or, time really zipped pass too quickly for us to grasp. anyway, here it is, the Nokia Lumia 525 Windows Phone, which is yet another pretty handset coming from the long time Finnish handset maker. as the model name hints, this is the successor of the Lumia 520, which itself just came onto the market not too long ago, which so means that this is a budget phone and hence, do not expect blazing performance. the phone is powered by a dual-core Snapdragon S4 processor, clocking in at a modest 1GHz, that surprisingly has a full GB of RAM (sorry, we were kind of expecting something like 512MB, but it was a good news anyways) to back it up.

like its predecessor, it has an interchangeable polycarbonate covers, available in orange (our favorite!), yellow, or white and it has a 4.0-inch WVGA Super sensitive touch display with IPS technology. other features include a 5MP main camera with autofocus, sans the Flash (?!), 8GB worth of mass storage – expandable with microSD that supports up to 64GB (if that isn’t enough, there’s a 7GB free cloud storage for your consumption too), a 1,430 mAh battery for up 14 days standby and up to 10.6 hours of yakking over 3G, plus the usuals connectivity and sensors, including WiFi (supports up to wireless n), Bluetooth 4.0, ambient and proximity sensor and accelerometer.

according to Engadget, it will be available in China through China Unicom at an off-contract price of 1,099 yuan (that’s about US$180) and ships in December. as for the rest of the world, the status is unknown, but it will not be heading to the US and the UK, unfortunately. 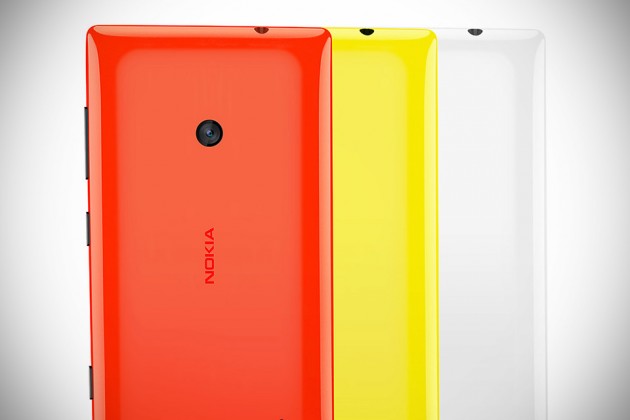