last week was probably the most exciting week for hardcore, graphics-hungry PC gamers cos’ it was when NVIDIA officially unveiled the next-generation of insanely powerful graphics card, the GTX Titan Z. it has been a year since the world met with the 2,668 GPU cores Titan and we thought that was crazy; well, it was. touting a dual Kepler GPUs setup with 12GB of dedicated memory, the Titan Z is capable of an astounding 8 Teraflops of performance, which is nearly double of what the Titan is capable of, but that’s only logical, cos’ it is after all, a dual GPUs graphics card which packs a whopping 5,760 processing cores, or 2,880 cores per GPU, effectively making it a supercomputer that could literally fit under your desk. 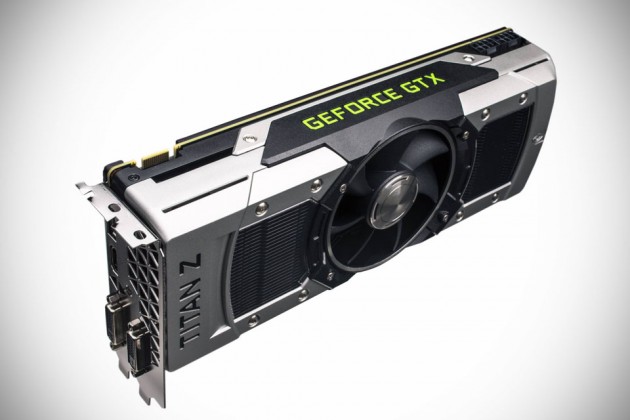 according NVIDIA CEO and co-founder Jen-Hsun Huang, a single $12,000 Titan Z-accelerated server with three GTX Titan Z GPUs with a combined 17,280 cores could run the workloads as performed by Google’s massive $5 million neural network which uses 1,000 dual-CPU socket servers and doing so with a mere 2 kW of power, as compared to 600 kW that Google’s current setup would suck in. so there you have it, the most powerful graphics from the Santa Clara graphics card company that could also save you some decent amount money in utility – if you intend to employ tens and hundreds of it. however, it is worthy to note that the initial outlay is not a drop in the ocean; each of this beast of the graphics card world will set you back at a cool $2,999. speaking of which, the date of availability is yet to be nailed down.