Folks. We have been misled the whole time. Apparently, the so-called 7.1 headphones aren’t really surround sound as proposed to be. Then again, we should have known cos’ the moment we put on those cans, it did in fact sounds different from the natural environment. The experience wouldn’t be that spacious and the sounds that supposedly coming from different directions were actually just right next to your ears. While we are happy with the current situation, there’s one company wants us not to settle for less. OSSIC is the company name and its first product OSSIC X is billed as the first 3D audio headphones calibrated to your ears. 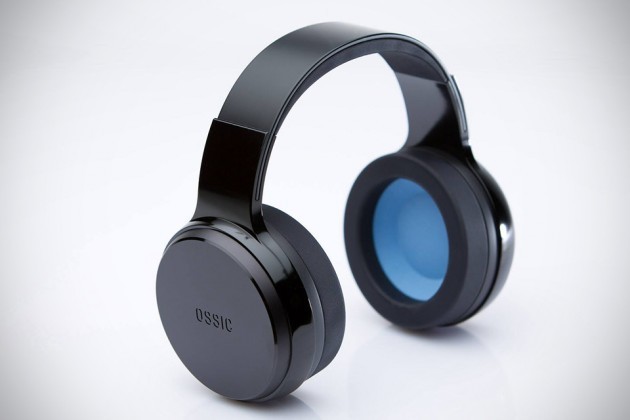 Having said that, you may think you would have to subject to some lab measurements. Well, actually no and that’s the high-tech part about this pair of 3D headphones. It is loaded with sensors that, when the moment you put on a pair, instantly uses algorithms based on Head Related Transfer Function (HRTF) to calibrate the cans to your head’s size, shape of your ears and your position in space. Together with integrated head-tracking and a multi-driver array setup, OSSIC X claims to offer a spatial sound field that doesn’t sound like it is just next to your ears; it will sound like they are coming outside of your head and “stay fixed in space,” and thus “enabling a higher sense of acoustic presence.” I guess you could call it a virtually reality of sound.

What this means is, for gaming, the wearers will actually hear the environment like they would in real life and therefore, they will be able to distinguish where shots are being fired from and hear every rustle and whatnot that could save their in-game life. For movie and music enthusiasts, it would means having sound all around them, even above and below their head, providing a truly immersive movie and music experience. In addition to incredible sound field, this pair of audio cans also comes standard with boomless mic, so you won’t feel awkward using it as a standalone headphone for your music while on the move.

Other notables include a specially designed, unbreakable headband, anechoic ear chambers, micro-adjust 360 hinge for custom fit, durable metal ear cups, and earpads and headpads that can be removed for washing. There’s a slight caveat though; the cans need to be powered, which it does so through a built-in 10-hour battery pack. However, if you choose to listen using a USB connection, like when hooked up to a PC or Mac, the cans will be powered by the USB port. The battery is mainly for use when using the cans with mobile devices, such as your smartphone or tablet. What OSSIC X 3D Audio Headphones promised is nothing less than exciting, but we are wary. There were many products on Kickstarter (and yes, it is on Kickstarter) that were as exciting, but unfortunately, sometimes even the most backed product failed.

I am not saying it would, but through the short history of this blog, we have been flamed often for featuring products that ended as failures and hence, we said we’d be wary. In any case, if you are all up for it, then you can join more than 5,000 backers who had so far contributed over $1.3 million (note: not a typo) to pre-order a pair for $249. OSSIC said the X will eventually retail at $399. Early bird perks are gone now, so $249 is the best deal for now and also, it will be quite a wait before it delivers in January 2017. You call.