how big a tablet has to become before it can no longer be considered as a tablet? my guess is, there is no limit, as proven by the Panasonic Toughpad 4K Tablet that not only sports a massive 20-inch capacitive multi-touch display, but one that is blessed with eye-watering 4K display with 3,840 by 2,560 resolution. yes. 20-inch. 4K resolution. a tablet. as surreal as it may sounds, this tablet of giant proportion is ready for the market, but i hardly think anyone would tote this 5.3 lbs giant slate around unless you are a medical professional or artist/designer, which happens to be the profession that the Toughpad 4K tablet has set its sight on. however, there’s no stopping a layperson from snagging one if you have say, around 6 grand to drop. yes – that is approximately how much this mega-size tablet will cost.

if you haven’t guess by now, this is a Windows slate, running off Microsoft Windows 8.1 Pro and in line with its Toughpad stature, it is built tough, featuring a magnesium alloy chassis and a GFRP (glass fiber reinforced plastic) back cover which should see this huge gizmo capable of sustaining a 2.5-foot drop or multiple drops from 1-foot height, but it is your feet that you have watch out if this giant ever come crashing down. at its heart is an Intel Core i503437U vPro chip, clocking in at 1.9GHz with Turbo Boost technology for up to 2.9GHz of clock speed. this processor is bolstered by 8GB RAM (expandable, we heard). other details include NVIDIA GeForce GT 745M with 2GB VRAM, 256 solid state drive, a HD 720p webcam (with built-in mic, of course), USB 3.0 port, SD card reader, audio headphone jack, dock connector interface, WiFi and Bluetooth connectivity, plus sensors like ambient light, magnetic, gyroscope and acceleration sensors.

additionally, being a slate targeted at professional institutions, it will be offered with a couple of security features, namely built-in smart card reader, as well as security cable loop. hit the jump for a few more look, or head on down to Panasonic website to learn more about this eye-pampering, gigantic tablet. 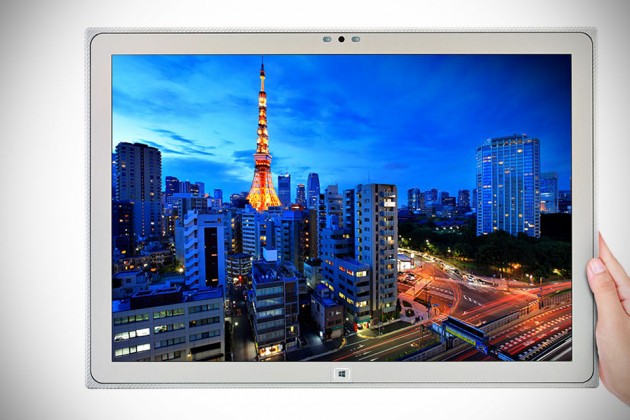 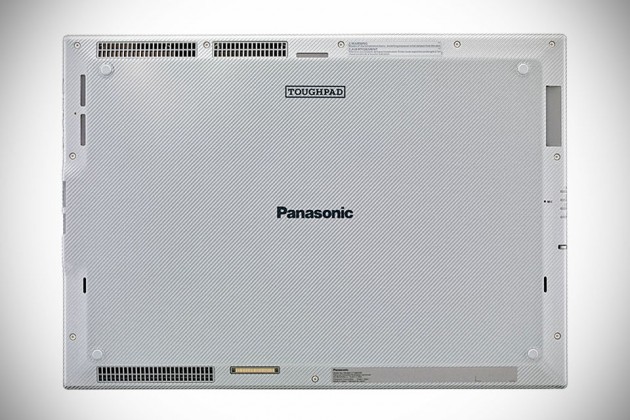