Flatpack and SUV are like oil and water. They will never ever mix, or at least that’s what we thought. However, one Russian engineer, Dr. Juri E Postnikov set out to prove us wrong with a somewhat toy-ish-looking SUV which he calls Partisan One. Partisan Motors is the company he founded that makes this unusually square-ish vehicle that somehow reminds us of Spongebob and clearly, Partisan One won’t be the prettiest on the trails, much less the roads. With the desire to create a vehicle which can be deployed to the battlefield quickly and efficiently, Dr. Juri came up with the idea of flatpack SUV and being this awkwardly squarish is the direct result of its flatpack nature. 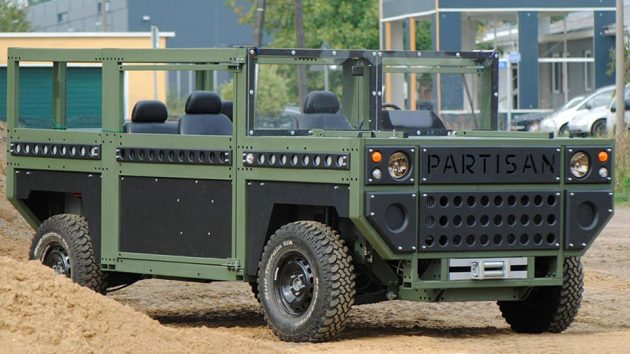 The myriad of holes on it? Well, they are there so add-on armor can be installed based on the vehicle’s mission. Apparently, it has a V-shaped hull too for, you know, standing up to mines and IEDs. While the idea of having a flatpack vehicle is interestingly enough, whether or not it can stand up to brutality of the real world battlefield remains to be seen. Funnily, it is supposed to be a “the best car for the world’s worst roads,” but the puny wheels it had on it does not echo the same sentiment and so is the ground clearance. But all those can change in accordance to the mission it is being assigned to. So, perhaps, it is too early for us to judge. 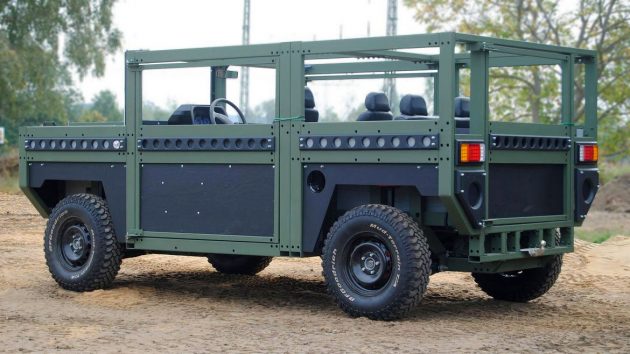 It is unclear what will be responsible for moving this surreal (in a cartoonish way) military vehicle. According to a report, a modern diesel, along with “some large fuel tanks on board,” could gave Partisan One 600-900 miles (965-1448 kilometers) range. But it is not tied to a diesel unit. Apparently, the drivetrain is not fixed and so, it could be powered anything ranging from diesel to electric motor. That being said, it led us to believe that Partisan Motors has planned to outsource the power plant, instead of designing and building one themselves. 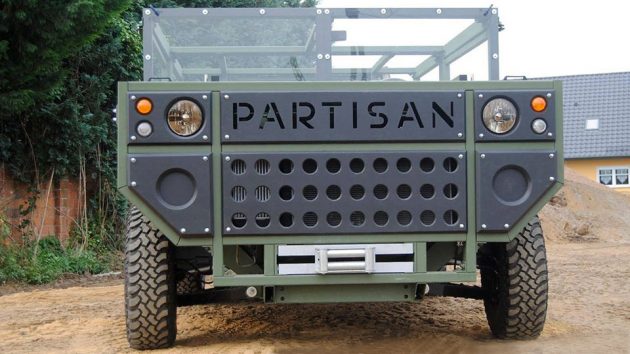 To make Partisan One even more attractive to its potential customers, the sale pitch includes claims like the ability to “withstand 50 years or more in military use without requiring a replacement” and the company is backing up this claim with an out-of-this-world 100-year warranty as an added assurance that Partisan One can indeed last that long. But can it really? Ignoring its somewhat awkward look, we will very much like to believe what Partisan One has promised, but the fact that we can’t find details of the company, not at least in English, or even an official website, pretty much relegates it as only a ‘read-only’ item, which means, we just read about it like a fictional story and move on with our life. It’s like “get along,” nothing much to see here. 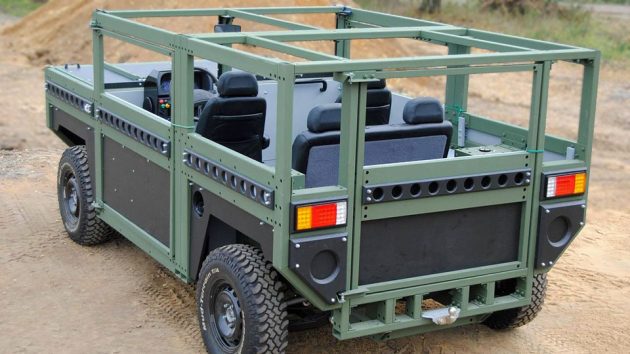 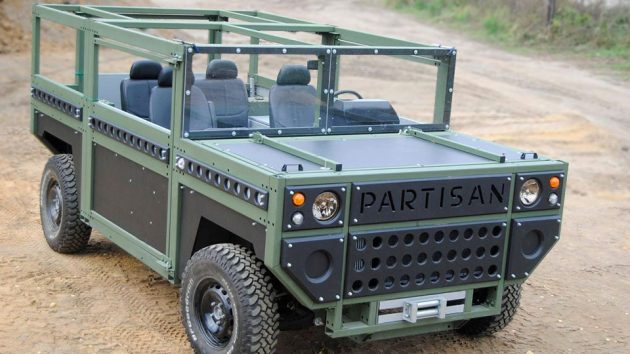