If you love to capture beautiful images when you are out exploring the world, then perhaps, smartphone isn’t the answer. The de facto go-to device for such endeavor would be a hefty-priced and clunky DSLR camera and this being 2017, the need to rely on a DSLR for high-quality images does seem a little backwards. However, diehard DSLR users will never admit this and I can’t blame them because the truth is, there aren’t alternatives that are any handier. That is until Light L16 came along. As you may have already witness from the images around this post, this imaging gadget is not only handy but also weird at the same time. 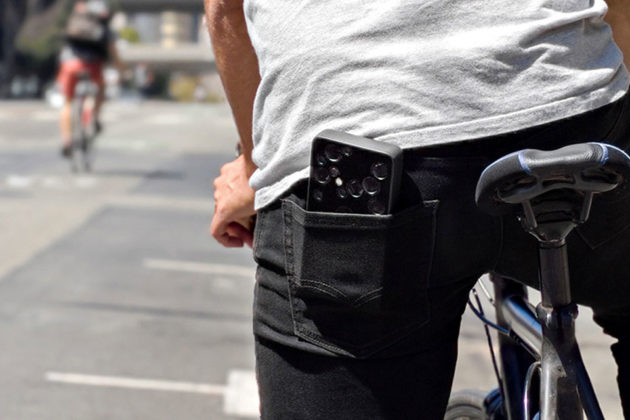 Weird in that the front of the camera looks much like the surface of the Moon, full of pockmarks which is definitely not something the trypophobic wants to see. The ‘pockmarks’ here are actually 16 individual lenses of varying specifications. With 16 lenses, L16 can capture high-quality images like an DLSR do, but because those lenses are small, they result in a much handier device and also afford photographers with shooting flexibility not possible with traditional DSLR. The device can combine images captured by the different lenses to produce a single image which can total up to a whopping 52 megapixels, which is way more than most high-end DSLR cameras can do today. 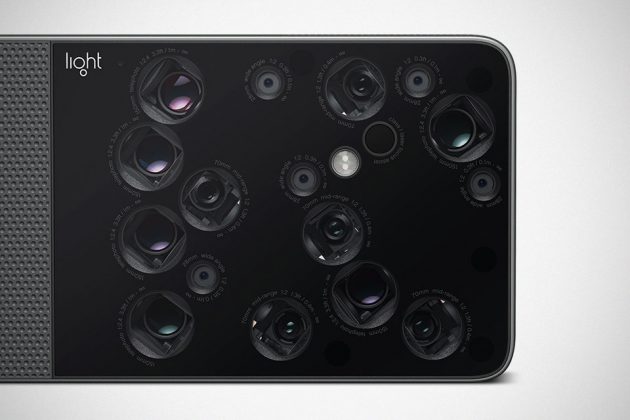 Also thanks to the multiple lenses, it affords you up to five times optical zoom, taking it from 28 mm all the way to 150 mm, and then there is, of course, the depth-of-field control which lets you tweak the amount of background blur after the shot have been made. All the aforementioned features are neatly packed into a no frill die-cast aluminum alloy body with lanyard hole-equipped rubberized non-slip grip in a pocket-friendly size of 6.5 x 3.3 x 0.94 inches (165 x 84.5 x 24.05 mm) and weighing in at a reasonable 15.3 oz (435 g). 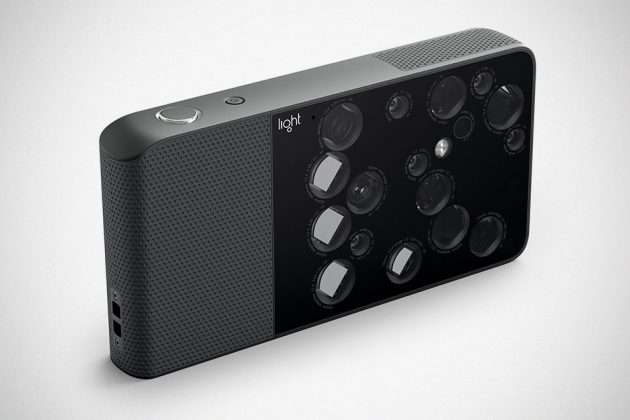 Other notables include a large 5-inch FHD touchscreen serving as both the interface and image composition viewfinder, 16 individual 13MP sensors, 256 GB of onboard storage good for over a thousand images, USB-OTG compatible, ISO range of 100-3200, 1/8000 to 15 sec shutter speed, tap-to-focus and half-shutter press to focus, built-in self-timer, auto and manual exposure modes, built-in GPS, WiFi as well as Bluetooth connectivity, a 4,120 mAh lithium-ion polymer battery, dual-ton LED flash, standard 1/4”-20 tpi tripod mount, USB 3.0 SuperSpeed Type-C connector, 4K videoing at a variety of focal length, and last but not the least, it has a Qualcomm Snapdragon 820 chipset with Light ASIC for the clockwork and runs off an undisclosed version of Android OS. 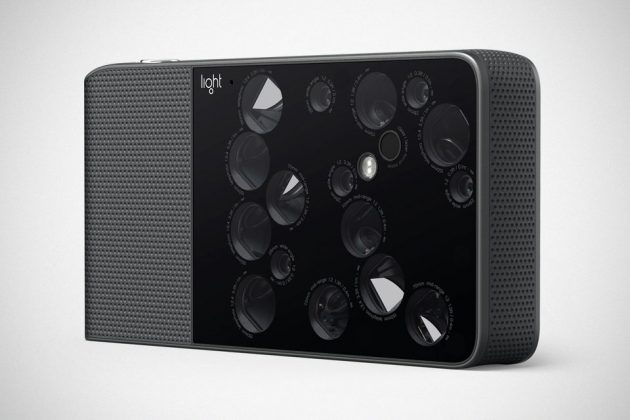 The features and specs certainly sounds tantalizing, but is Light L16 here to replace your trusty DSLR? Well, according to WSJ Personal Tech columnist Geoffrey A. Fowler it is, but only for early adopters. Fowler seems to think the L16 is more of a proof-of-concept than anything else. He also noted that focus needs a little bit of work as it is too slow for his liking. In any case, that won’t stop brave early adopters from securing one and you have to be a person with rather deep pockets too to do so because, this thing here will set back at a cool $1,950.

And don’t expect to be flaunting this gadget anytime soon because the buying option for now is reserving a unit and for that, you will have plonk down a $250 deposit. If everything is on track, you should get to play with it only sometime in “early 2018.”

You can see the camera in action in WSJ video HERE. 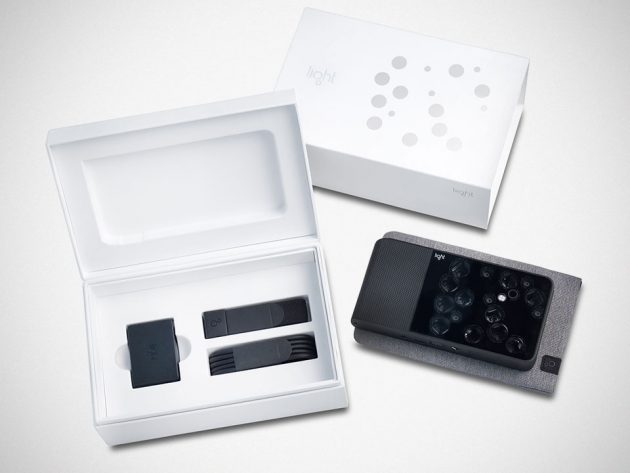