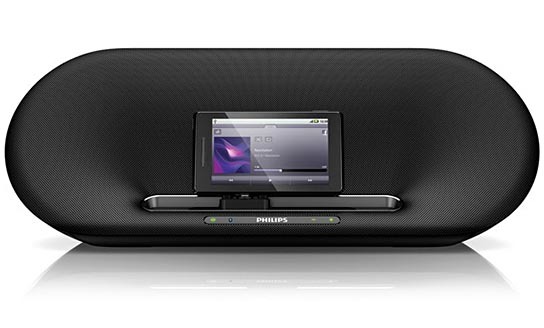 Android device users has no shortage of apps, accessories or headphones but sound dock dedicated to Android devices is far and few between. i am not talking about those less-than-ideal 3.5-mm jack for connection speakers. those aren’t’ sound dock cos’ obviously your Android has no proper throne to sit on, so to speak. Philips decided that something should be done and so they did. they have unveiled not one but three sound dock or Android speaker, if you like, at the IFA this week. these docks sport an adjustable microUSB connector that allows virtually any Android phone to dock in portrait or landscape orientation.
[ad#Google Adsense-text-468×60]

the trio of Android speakers include big brother AS851, a desktop sound dock that is packed with 30-watts RMS, and then there is the mid-sized A351 that has 10-watts RMS and suited for on the road use with its AC and battery powered option. finally, there’s the little brother of the three, the AS111 which looks best next to your bed. looks like as far as Android speakers are concerned, Philips has you covered from the moment you wake up. a specially developed Fidelio app for Android automatically pairs your Android smartphone with the sound dock via Bluetooth. so what the hell does the microUSB does if uses Bluetooth? obviously, it pushes juice to your device so you can enjoy your music endlessly.

Android users will have to hold your breath for now as there is no word on their availability and pricing. check out a few more look of the trio of docks after the break. 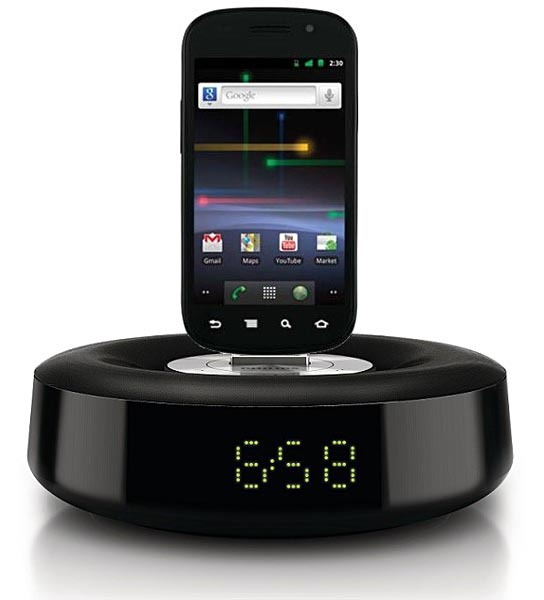 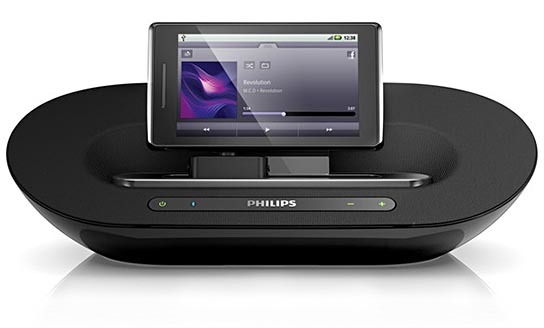 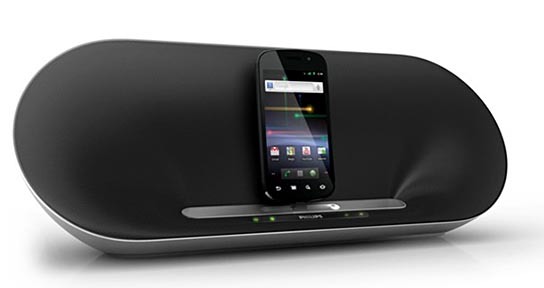