we are no stranger to iPhone cases; they offers protection for your phone, but does it protect you? well, this one does. known as the Pong Gold Reveal Cases by Pong Research, these unique cases for iPhone 5 feature embedded gold-plated Pong antenna that is said to protect you from the wireless energy while optimizing the device performance. nobody really knows what’s the side effect, if any at all, of long term exposure to non-ionizing radiation radiated from our handsets, but if we could avoid being directly ‘scorched’ by those signals from our very own cell phone, we can’t see why it is not a love. not only does the built-in Pong antenna is proven to reduce radiation by two independent facilities, namely, CETECOM and RF Exposure Labs (which are both accredited by the FCC, btw), it redirects them and diffuses them, thereby optimizing your device signal performance.

though it is worthy to note that Pong has been touting this technology for a while now, but what makes the new Gold Reveal iPhone Cases stand out is the Pong technology coated in gold now peeks out from behind the cases, creating the ultimate in both form and functionality. the Pong Gold Reveal Cases for iPhone 5 is available in regular and rugged model for $59.99 and $69.99, respectively. it is also available for Samsung GALAXY S III and additional models for iPad, iPad mini, as well as Samsung GALAXY S 4 are up for pre-order now. 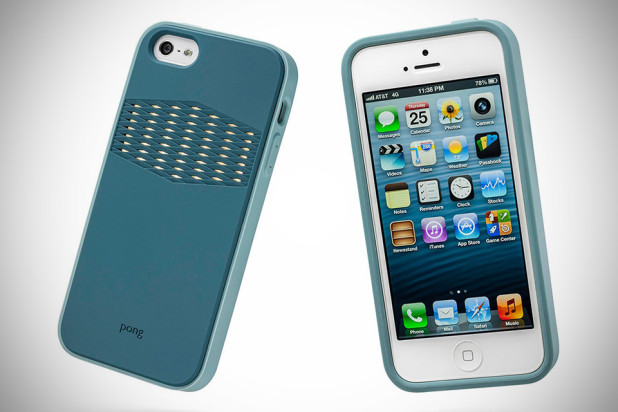