what? a portable media player in this era of the 21st century? and Neil Young? wow. we are not keen followers of Neil Young and so, this definitely come as a surprised and that’s not to mention that someone other than Apple and Astell&Kern is seeking top dollars for aging gadget which has been slowly gobble up by the do-it-all smartphones. then again, if Apple can sell, why not the others? in fact, legendary rocker Neil Young, who is the founding person and chairman of PonoMusic, is not only pushing the PonoPlayer portable music player out, but he’s also introducing a spanking new music service known as PonoMusic. both the hardware and the software aims to bring the “highest quality digital music to discerning, passionate consumers, who hunger to hear music the way its creators intended, with the emotion, detail and power intact.”

in short, PonoMusic is kind of like a hybrid of B&O’s Society of Sound and Apple’s iTunes, with the goal of offering discerning music lovers the highest resolution digital music from major record labels, as well as prominent independent labels, while the hardware offers you 128GB of storage for those delightful audiophile-grade sound files (expandable with memory cards), easy and minimal control, and an unspecific color screen that’s capable of both portrait and landscape display. the PonoMusic will have its own desktop application for managing the download and syncing of the music with the PonoPlayer and other “high-resolution digital music devices.” it sure sounds like the PonoMusic has iTunes in its crosshair, don’t it? in case you are all in for Young’s venture, the PonoPlayer portable music player will be available from PonoMusic website for $399 a pop, but prior to that, it will be offered at a discount via Kickstarter on March 12, 2014.

NOW READ  The Back9 Golf Backpack: You Can Finally have A Golf Bag That Is Actually A Backpack! 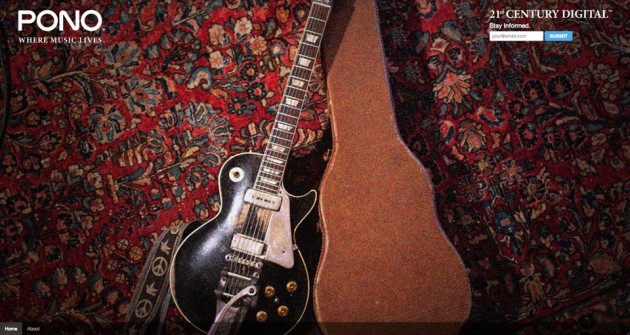 via Pitchfork via Computer Audiophile