regardless of which era you pull a Porsche 911 from, you have to admit it look just as good as it was when it was first introduced. and that’s the design that we are talking, but not necessary the condition it is in. this where Singer Vehicle Design comes in. founded by former frontman of 90s British alternative rock band Catherine Wheel, Rob Dickinson who happens to be the paternal cousin of famed British metal band Iron Maiden, Singer is the specialist when it comes to turning aged 911 into a delightful aged whiskey. the latest 911 restoration to emerge from the outfit’s Burbank California workshop is named “Indonesia”, which, naturally, bears the same hallmark attention to detail of the firm. this one-off beauty’s exterior is dressed in a dark grey hue, contrasted by trademark Porsche branding in red across the trunk and doors. 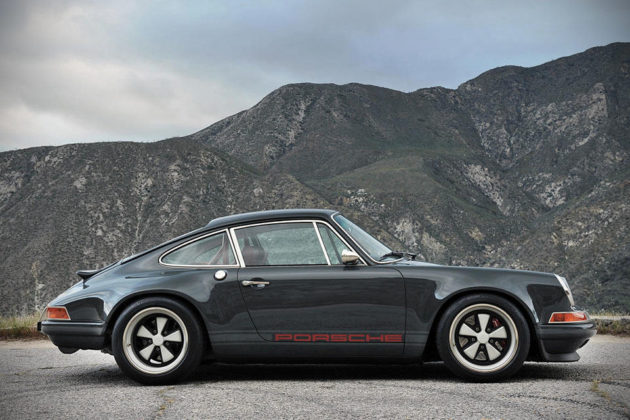 the same red treatment continues into the interior, covering the reclinable Recaro sport seats, flooring and well, basically, almost all internal upholstery with the exception of the dash. a gold Singer signature can be found on the a broad red accent on the dashboard, overlapping the company’s ethos “reimagined.” even the a/c vents are splashed in red, running along the line of the said broad red accent. and oh, it has a red rev counter too, making it stands out from a largely black instrumental cluster. at the heart of this bespoke example is a 3.6-liter flat-six unit, paired to a six-speed manual gearbox, while an overhauled chassis and suspension rounds up this updated classical package. as far as we know, there is only one “Indonesia” available and this also means it won’t come cheap. it commands a price tag of $350,000. ouch. 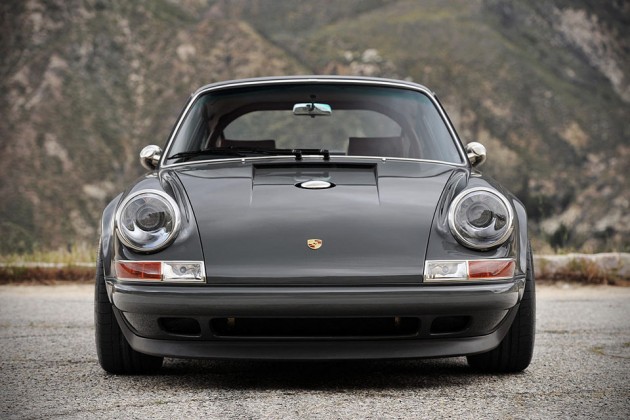 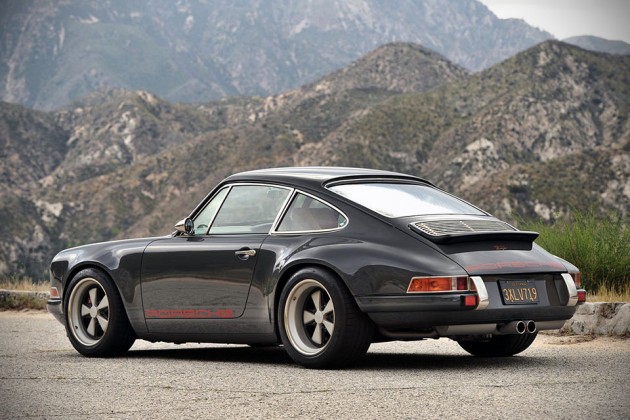 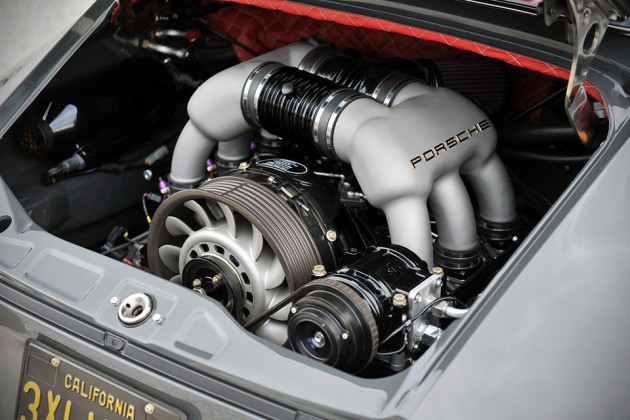 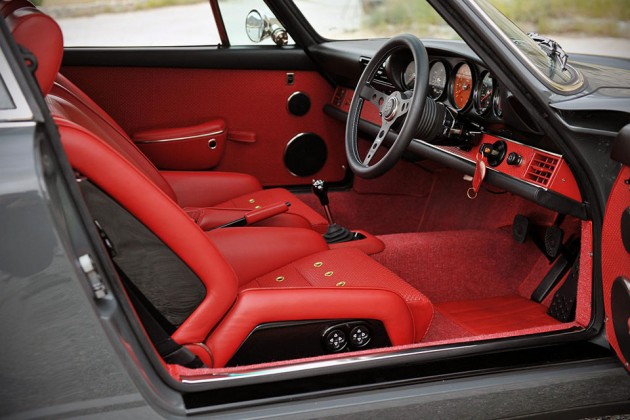