A while back, Porsche teases a mysterious project which it calls “Project Gold” and today, the luxury sports car maker has taken the wrap off to reveal what’s going on. Turns out, Porsche has built an air-cooled Porsche 911 Turbo after 20 years it ended the series production. Picking up where history has left off, this 911 Turbo is based on an original body shell and coated in a striking Golden Yellow Metallic – a nod to the 2018 911 Turbo S Exclusive Series. 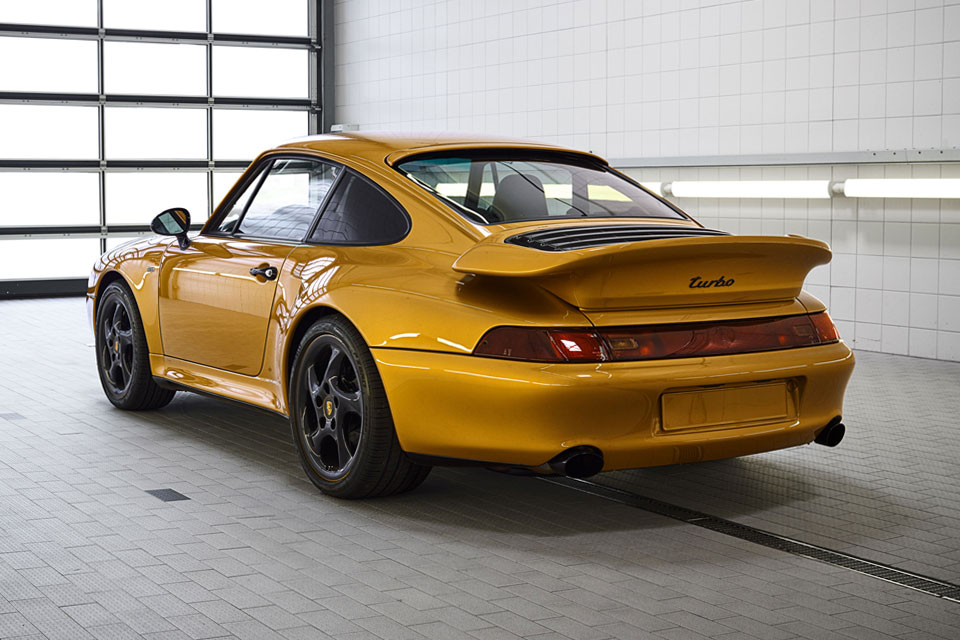 The Golden Yellow Metallic body is matched to black wheels with Golden Yellow accents which also appeared in the seats and other interior trims. This is a 993-generation 911 Turbo and therefore, it gets characteristic features like side air intakes of the 993 Turbo S which were offered as an option for 1998 911 Turbo. Project Gold 911 Turbo is powered by a brand new 3.6L twin-turbo flat-six engine, making 450 ponies, hooked up to a manual gearbox and all-wheel drive pulled straight from the catalog of Porsche Classic range of genuine parts. 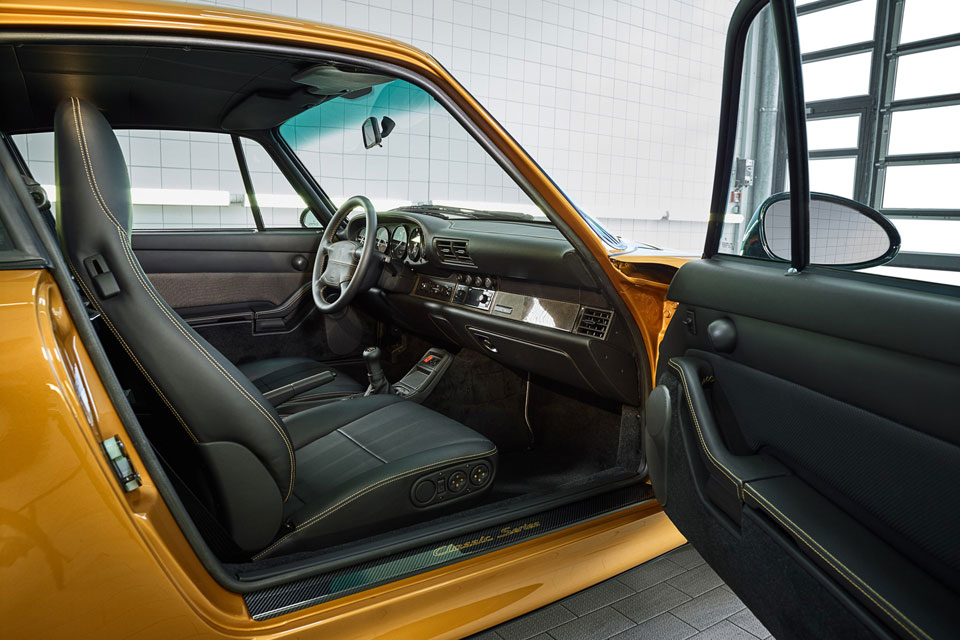 In case you are wondering what this “Project Gold” is all about… it is Porsche Classic’s way of celebrating “70 years of Porsche sports cars.” It is a show of the company’s tradition and innovation. All told, this gorgeous ride took around a year and a half to realize and it has over 6,500 genuine parts originally offered on the 993 generation models. Final worthy mentions include the hand-stamped chassis number that follows the last series-production model of the 993 Turbo in 1998, and faithful recreation, right down to the positioning of the badges. 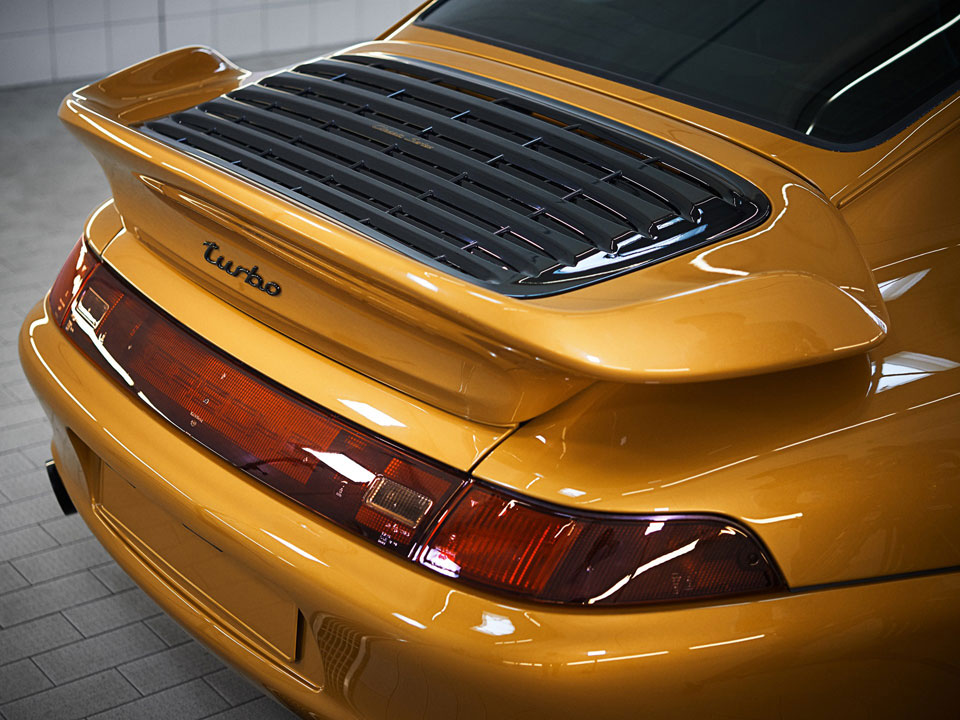 Porsche “Project Gold” 911 Turbo will make its world premiere at the Porsche Rennsport Reunion in Laguna Sea (USA) on September 27, 2018. After that, it is destined to be auctioned off by RM Sotheby’s at the Porsche Experience Center in Atlanta on October 27, 2018, alongside collectible classics like the 9183 Porsche 956 Group C race car and the 1985 Porsche 959 Paris-Dakar race car. No estimate of how much it will fetch, but expect no less than pretty penny for it. 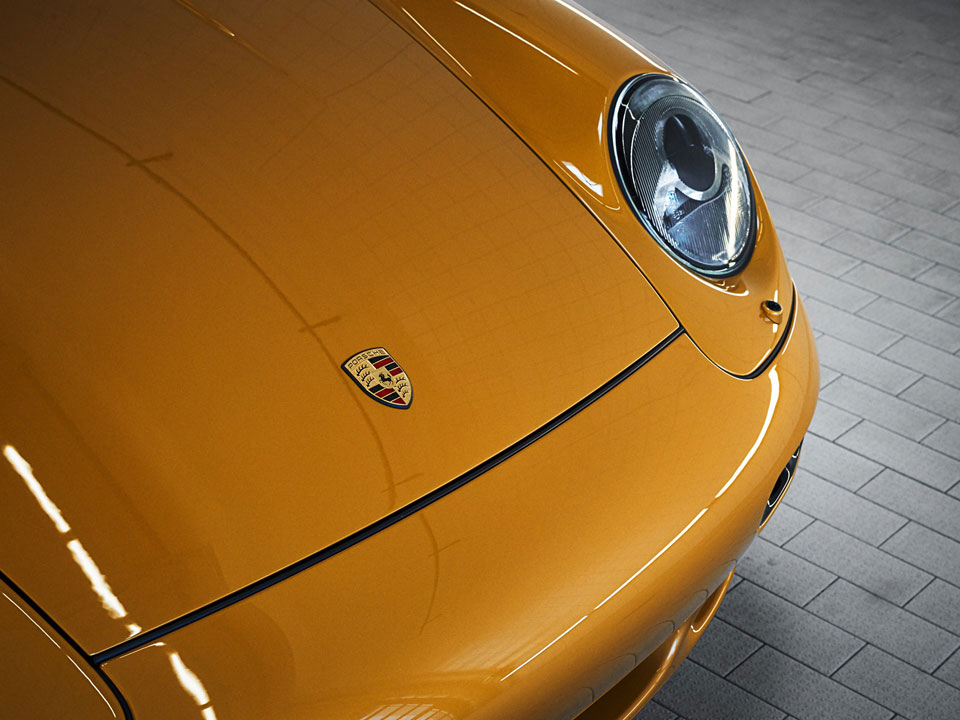 Another thing you ought to know is: this is not a ride you’d be able to show off everyday heading to work or anywhere, cos’ this ride here is “limited to use on private tracks.” In other words, it is not road-legal. Awww, what a bummer! It is a beauty though. So, it is a shame that it can’t turn heads as and when you love. Hit the jump for the reveal video. 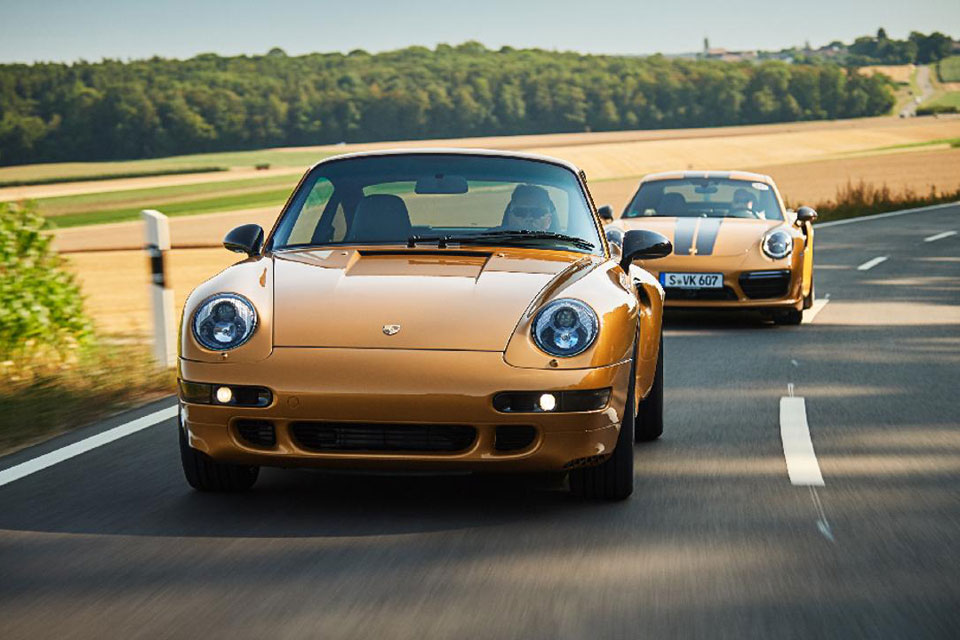 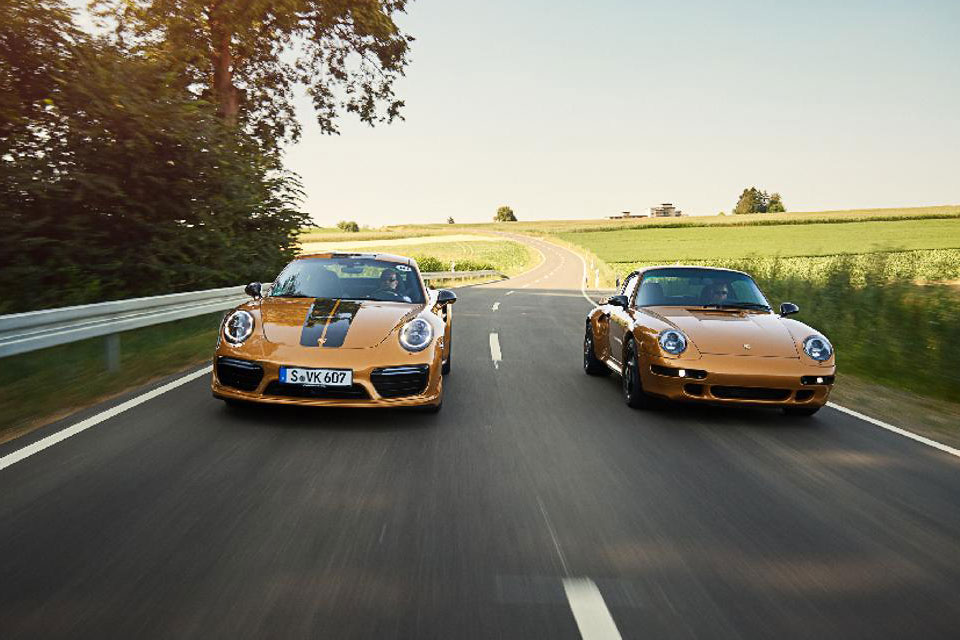