Usually it will take a reasonable big setup to develop a blockbuster game for consoles like Playstation, Xbox and Steam, but in the case of upcoming action-adventure fantasy video game Prey for the Gods, it is developed by a team of only three person from startup No Matter Studios. Yes. just three. And if you know anything about coding for a platform as advanced as the Playstation 4, it is nothing less than a herculean task and it is indeed an awe-inspiring feat. 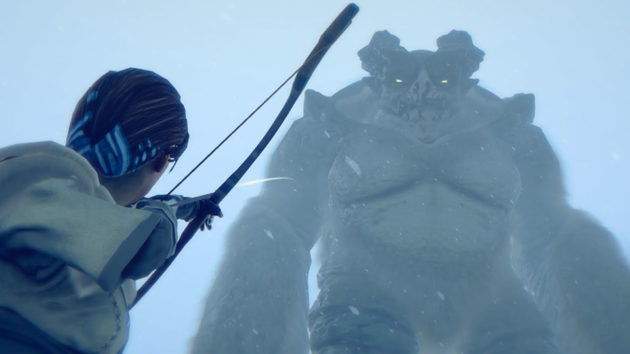 Set in a desolate frozen island in an unknown time, Prey for the Gods tells of a story about a hero who is on a journey to unravel the mystery of a never-ending winter and in the progress, braving the dangers that lurk behind each corner. There’s no environmental issue set here; instead what lies ahead of the hero is a more sinister true that may end up with the hero needing to destroy the very Gods he believe in. Here’s what Brian Parnell, co-founder and Director of No Matter Studios has to say about Prey for the Gods:

“We had to think differently. I really enjoyed Journey, and more recently Hyper Light Drifter’s take on storytelling. As a gamer, I’ve always loved uncovering and exploring the worlds I play in. I enjoy piecing together what happened. I find being shown elements of the story in the world allows me to immerse myself in it. Instead of telling me why the world is covered in the snow, show me! Show me the struggles and grim endings that have happened here. Let me put the pieces together and come to conclusions on my own. Through the use of ruins, statues, and murals the player will see what has happened to the world.”

Though the game is largely inspired by Shadow of the Colossus, an action-adventure video game on Playstation 2, it is not intended to be sequel, nor is a copy of the hugely popular game, but celebrates what Shadow of the Colossus has achieved and possibly, inspired many others to do the same. Whatever the motive behind, you can’t argue that for a team of three to achieve what they have achieved today is pretty mind-blowing. Don’t believe? Just have a look at the trailer below. Tell me you are not impress by even a little.

Over 14K backers have contributed $500K when No Matter Studios took Prey for the Gods to Kickstarter, and that alone is a prove that how much faith the community has in the game and a testimony that, with the determination and dedication, even a small studio can make impossible, possible. Prey for the Gods is targeted to launch in December 2017 for Steam and consoles will follow soon after. It is a long wait and while we are impressed by the trailers so far, we are wary of a long wait like such. However, if you are undaunted you can pre-order you copy by backing Prey for the Gods over at the game’s official website. Go check it out.