if you are a loner with occasional burst of visitors, then we supposed the Quartz Armchair will make a good companion furniture for your sometime not-so-lonely lifestyle – especially if you appreciate a non-clutter living space. designed by CTRK ZAK and Davide Barzaghi, the Quartz Armchair is said to be the “result of a mathematical series applied to furnishings.” how exactly that works out is beyond us, but all we know that it is just one insanely pricey chair that looks totally rad and in some way, reminds us of our chemistry lessons donkey years ago. as to why this is a loner’s chair, well, at $13,999 (and that’s the heavily discounted price, btw), you probably won’t acquire more than one and when friends start pouring into your humble pad, the modular cushions that forms its oddly alluring form can be pulled apart and turned into little stools to be dotted your apartment so that no one has to sit on the floor. however, personally, this chair looks so awesome and comfy that i probably won’t want to pop those cushions out from its solid beech frame anyway, maybe i will just get some cheap Ikea stools to supplement the lack of seats. just saying… another look after the break. 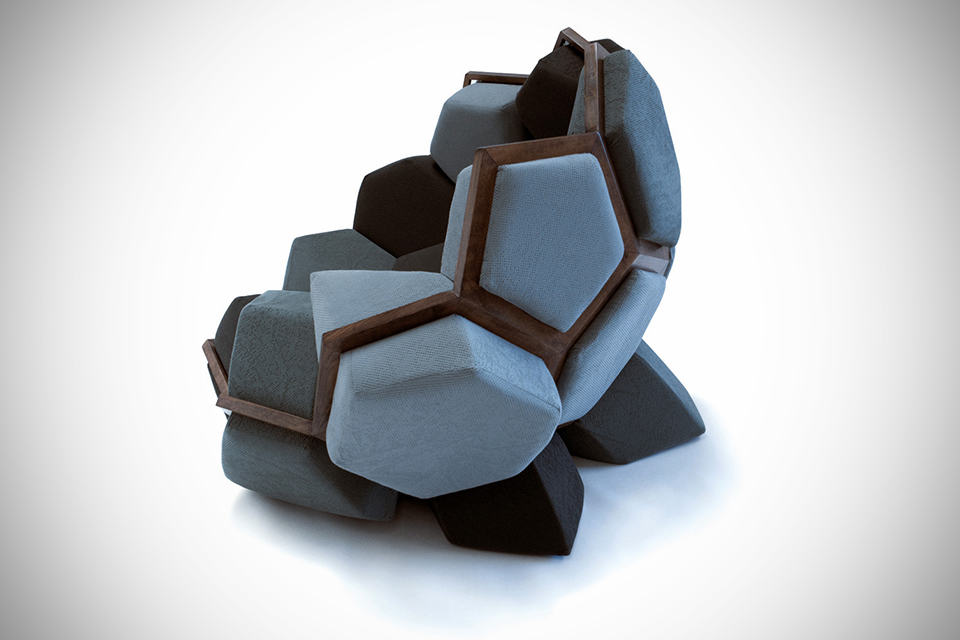 Touch of Modern via PSFK