Kids drawings are cute and often puts a smile on grown ups’ face but what if the drawings of a six-year-old are turned into “real-life” versions using the magic of Photoshop? Well, that, my friends, was exactly what Dom’s father did. Dom’s dad decided to take his son’s drawings and recreate them into subjects that fit into the real world and the results…. well, lets just say that some of them resulted in me having nightmares after that. Don’t get me wrong. Dom doodles were great for kids of his age, however, the adorable scale just went south, plunges straight into the core of the Earth and into a place called hell because some of these real-life interpretations are so insanely hideous to a point being blasphemous, well, at least for the animals, they are.

They (the “real-life” version, that is) look like something Hollywood horror movie makers would be interested in. No, seriously. I am not going to pretend they are cute because the Photoshopped versions are crazy and creepy. Well, except may be for the non-living things and the what? Bunny? Yeah, I pretty sure that was a bunny. The bunny is perfectly fine. The rest like the bear, giraffe (don’t overthink on this one, btw), and the human faces, they look horrific.

Enough said. Scroll down, at your own risk, to see for yourself how one dad turned junior’s work of art into something that look straight out of Alice in Wonderland.

This one here looks kinda Okay… 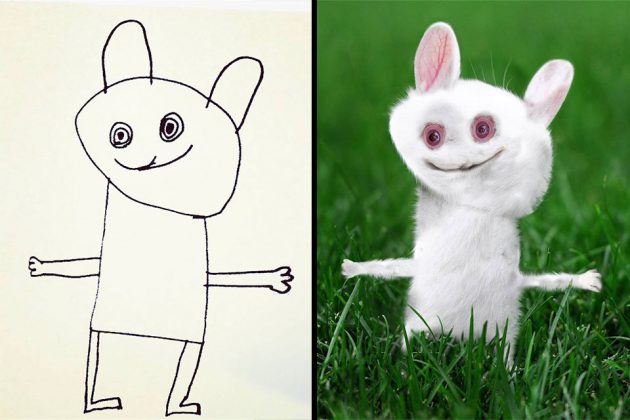 But we can’t say the same for these: 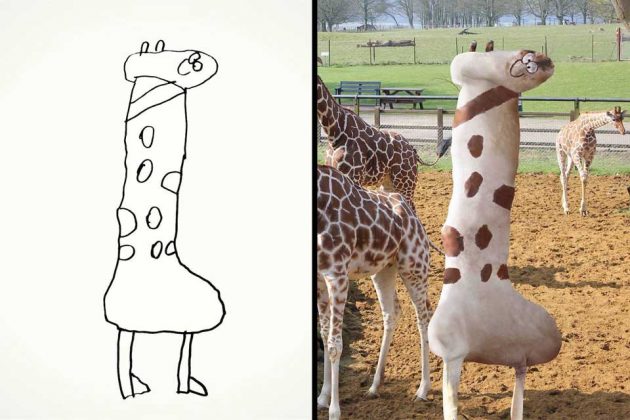 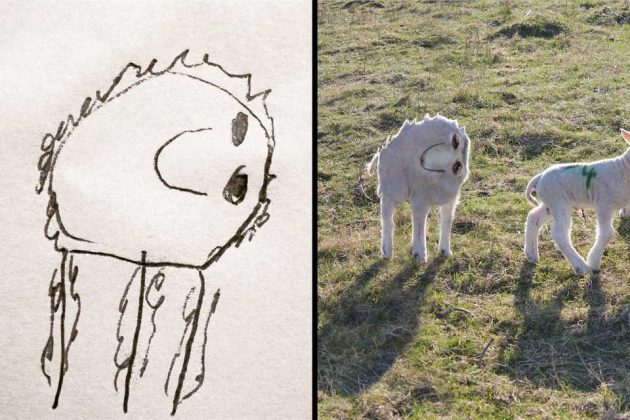 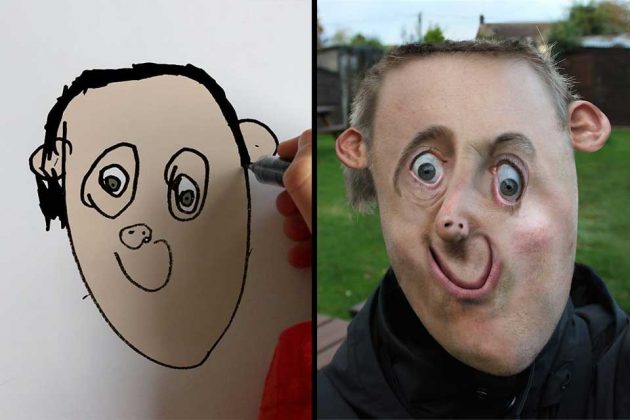 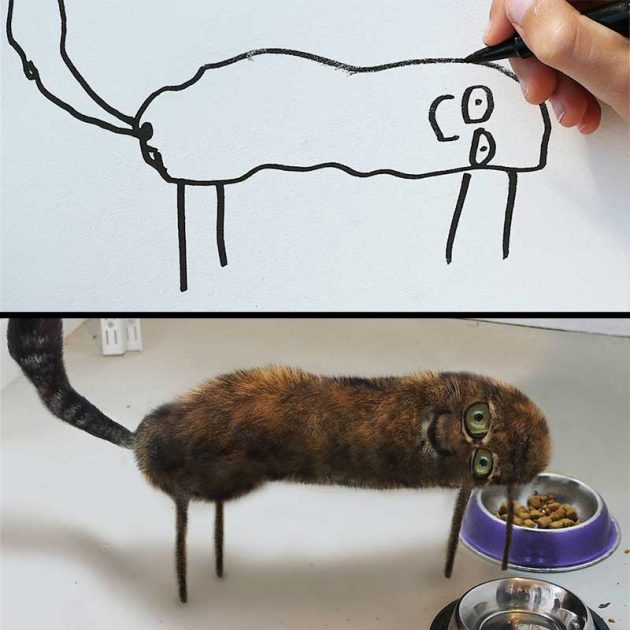 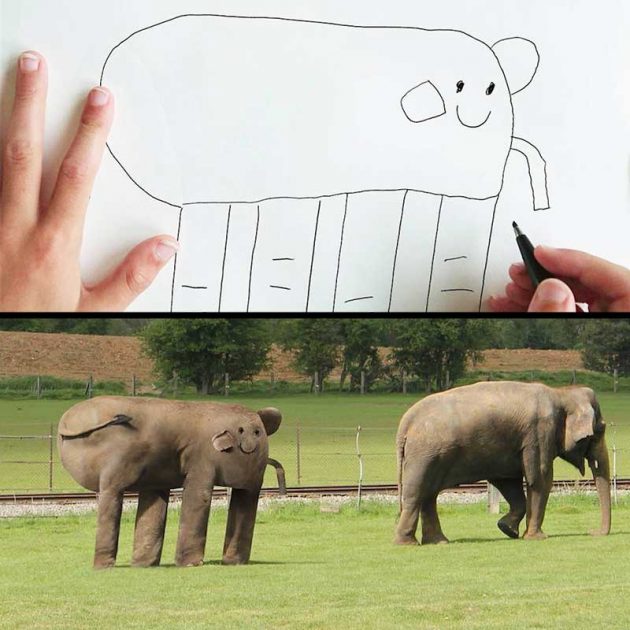 And to be fair, these are pretty awesome: 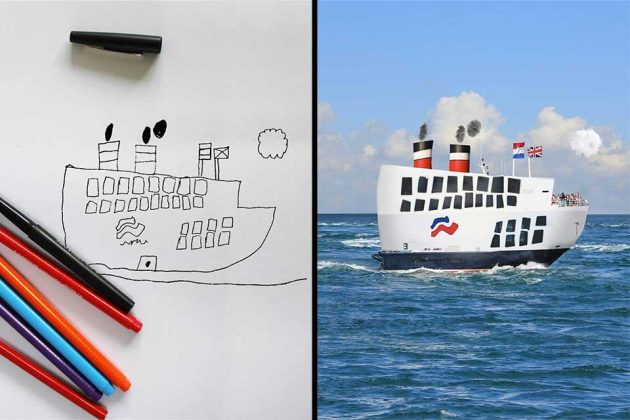 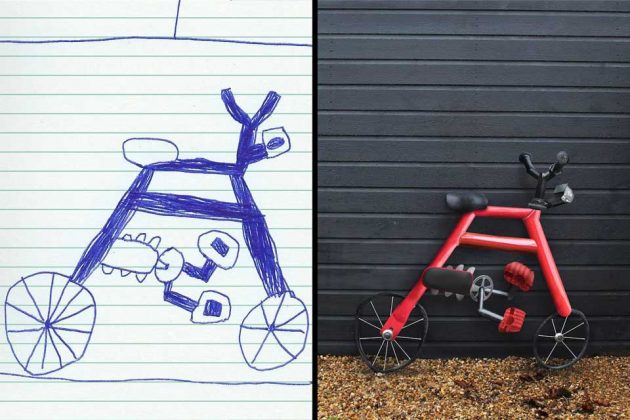 And a flying robot dinosaur farting fire seems pretty legit to me too: