If you think 3D is still a thing and love Star Wars to the core, well, here’s the good news: RealD and LOOK3D are offering Rogue One: A Star Wars Story-themed 3D glasses to mark the movie release, though obviously, if you want to catch this latest Star Wars movie in the theater, you will have to make do with the theater’s cheap, mostly uncomfy glasses. That’s if you intend to catch it in 3D. Then again, you probably would if your eyes already lit up by these Rogue One: A Star Wars Story-themed 3D Glasses. Australia-based LOOK3D is offering two models: one based on the DeathTrooper and other, Stormtrooper and each pair cost between 10-15 bucks.

U.S.-based RealD, on the other hand, announced, via Twitter, three versions: a Rebel Pilot, which is comes in Rebel orangey red and white hues, the predominantly white Imperial Stormtrooper model with black accents, and finally, an all-black model inspired by DeathTrooper. Though announced last week, we still have not figured out how much RealD Rogue One: A Star Wars Story-themed 3D Glasses cost. To be honest, we are clueless when it comes to 3D viewing technology and so, we are not entirely sure if these 3D eyewear are theater 3D-friendly or not.

We asked, because apparently, some of LOOK3D for-home 3D glasses are also usable in local theaters. Then again, you don’t need to be 3D aficionados to be wanting these sunglasses, do you? We see them as collectibles which mega Star Wars fans will want to have. Rogue One: A Star Wars Story is slated to hit the theaters in the U.S. on December 16, 2016. 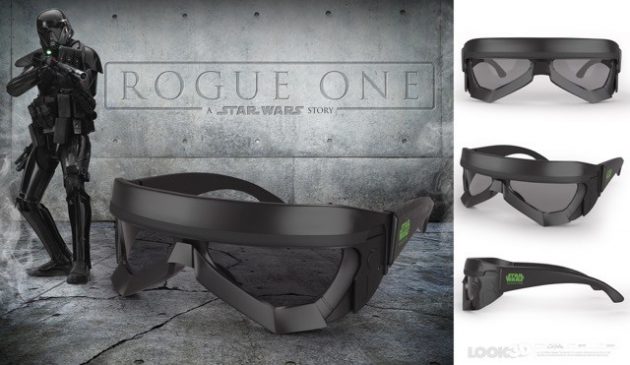 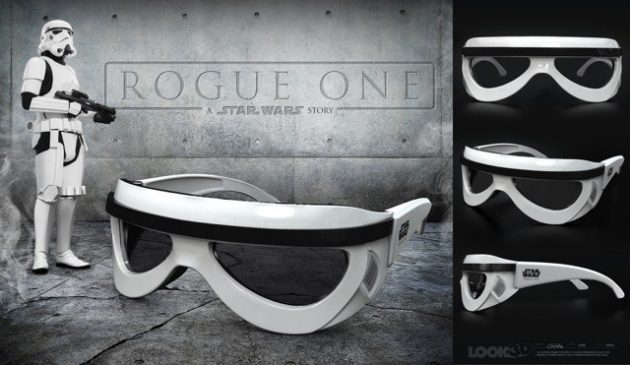 via Jedi News [2] via MightyMega