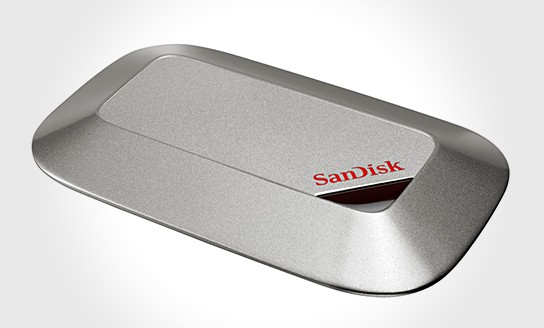 when photographs were invented, our forefathers hand down their portraits or photos to the next generation but unfortunately, prints are subject to wear and fades into the obscurity. fast forward to the 21st century, we would probably do the same but in digital formats and for that, SanDisk thinks that we would need a storage device that could last for a hundred years. yes, hundred years and in case biology is not your forte, that’s well beyond any average human lifespan.
[ad#Google Adsense-text-468×60]

meet the SanDisk Memory Vault, a ruggedized drive that uses SanDisk’s Chronolock technology, a proprietary memory management solution, to safeguard your precious photos and to further ensure that your data will last and not deteriorate or disappear into the thin air, SanDisk subjects the Memory Vault to an “accelerated temperature cycling tests” to proved that it can in fact, retain data safely for the next 100 years.

the SanDisk Memory Vault is available in either a very modest 8GB and 16GB capacities, and since it is essentially a solid state drive means they don’t come cheap. the 8GB model cost $49.99, while the 16GB will set you back at $79.99. value for money? that depends on how you value your photographs. more in-depth details in the press release after the break.

The SanDisk Memory Vault is a photo album for the digital age that allows consumers to preserve images in one reliable location. The device connects to a computer’s USB port for easy drag-and-drop functionality and features a sleek, ruggedized, metallic design that looks great on any desktop and fits into any drawer.

“SanDisk already offers great image-capture products, and we’ve built upon that expertise to create a new category of image-preservation products,” said Tim Sutton, senior product marketing manager, SanDisk. “The Memory Vault allows parents to preserve photos of their daughter’s first steps alongside videos from her wedding and then pass those images down for generations to come.”

Most Consumers Would Not Destroy Their Family Photos for One Million Dollars
SanDisk also issued results from an online survey conducted on its behalf by Harris Interactive from July 28-August 1, 2011 among 2,294 U.S. adults aged 18 and older2. The survey found that 79 percent of U.S. adults with digital photos plan on passing them down to future generations. Photos are so precious that 64 percent of U.S. adults would not consider destroying their family photo collection for any amount of money, not even for one million dollars.

NOW READ  There Are More Acer ConceptD Products, Including A Laptop With An “Articulated” Display

Hard drives contain moving parts and CDs can scratch; the SanDisk Memory Vault delivers the long-term reliability that valuable photos deserve. The device utilizes SanDisk’s Chronolock™ technology, which incorporates the key elements of advanced solid-state storage to create a proprietary memory management solution. SanDisk conducted accelerated temperature cycling tests that simulated the effects of data retention over long periods of time. This allows the device to provide consumers with peace of mind that their precious photos and videos will be preserved for up to 100 years1.

Family Photos Rank First Among Items to Save From a House Fire
Aside from a family member or pet, family photos rank first among the items U.S. adults would save from a house fire. However, more than half of U.S. adults say that they could not gather all of their important family photos within one minute. The SanDisk Memory Vault lets consumers consolidate family photos in one reliable location and quickly access their important images when they need them.

Availability and Pricing
The SanDisk Memory Vault is available in 8 gigabyte (GB)3 and 16GB capacities and can store thousands of images and hours of HD video4. The device carries MSRPs of $49.99 and $89.99 and includes a lifetime limited5 warranty.

SanDisk is a Silicon Valley-based S&P 500 and Fortune 500 company, with more than half its sales outside the United States. For more information, visit www.sandisk.com.[/toggle] 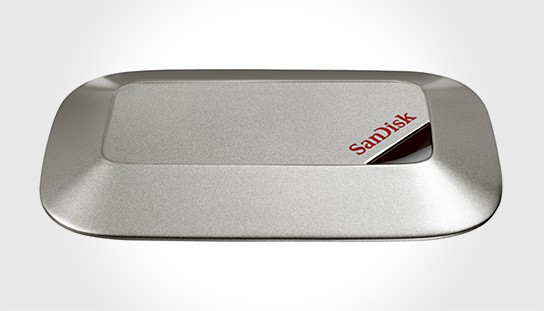