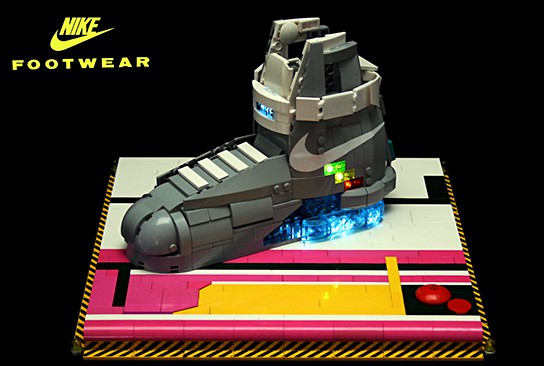 whether you missed out the auction or simply can’t afford the insane (but for a good cause, of course) amount for a pair of the Back to the Future Nike MAG replica, then you probably want to consider making one yourself, out of LEGO. that was exactly what one dude, Alex aka Orion Pax did and it looks pretty cool too, well, at least in LEGO point of view. the downside is, you probably can’t wear it without breaking it apart and plus, it is guaranteed to be the most uncomfortable footwear ever. then again, if you are one of the 1,500 lucky (and filthy rich) folk to score this limited edition replica footwear, then i bet you won’t want to wear it too. it deserves to be displayed behind a bulletproof display showcase. another look at this LEGO Nike MAG after the break.
[ad#Google Adsense-text-468×60] 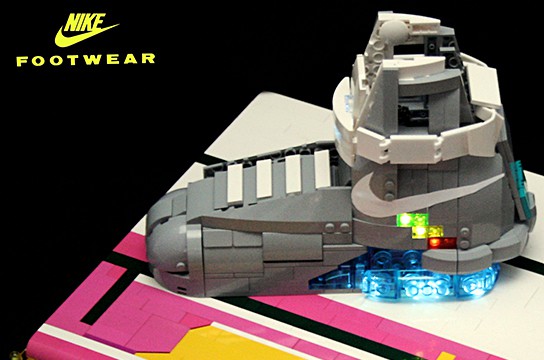