Stop-motion animations are impressive work of art that are tedious to produce. It is surely more difficult to make over the now common CGI animation, but Los Angeles-based curious maker/artist Federico Tobon managed to achieve a simple stop-motion sequence with just a handful of hand drawn images and a power drill. What he did was putting together a sequence of images he drew into a reel of sort and slapped it into the chuck of a power drill. By triggering the power drill, the once motionless series of hand drawn images come to live.

The result is a simple animation sequence that looks pretty surreal. It is particularly impressive when view in its animated gif form. Seriously, it is so cool that we think it deserve a lot more than six thousand views. Obviously, you can’t do the same for big production. That will be insane. This is more like another curious experiment for the artist and we are glad that he did not stop at power drill. Federico, encouraged by the outcome, subsequently built a box that comes with a hand-crank for turning the same reel loaded with images to create so that the animation can be recreated manually.

According to the artist, his contraption is similar, in concept, to an early motion picture device called Mutoscope and some of which were actually coin-operated. With this in mind, Tobon’s goal is to build one that’s coin-operated too. 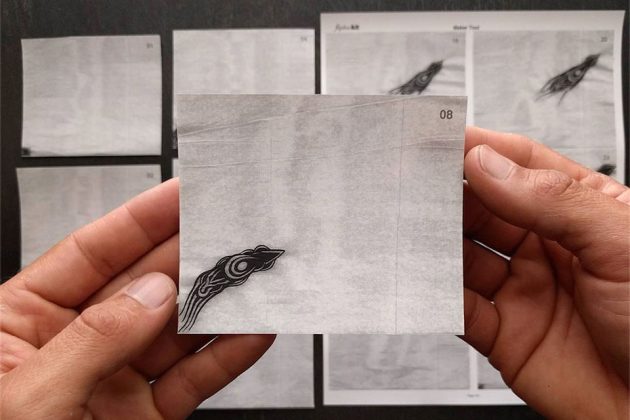 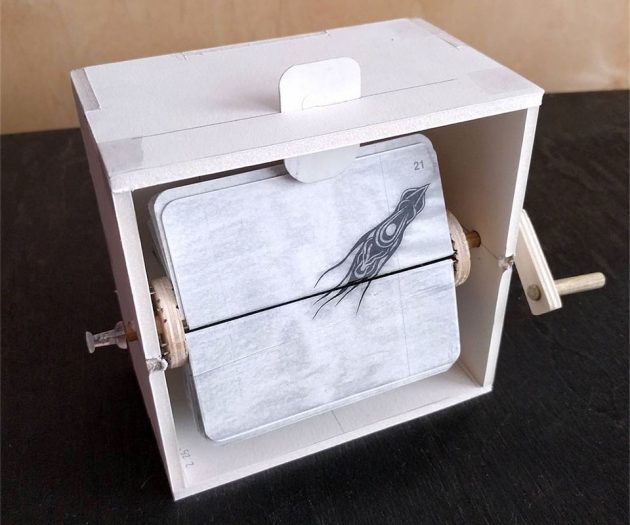