this is not a high-tech steel wool with a power button. it is an innovative PC that ditches traditional cooling fans in favor of a bushy chunk of copper afro. aptly called Silent Power PC, this mini PC from Germany maker of the same name is billed as the smallest high-end PC in the world. the odd looking top allows heat to be dissipated by channeling them directly off the CPU and GPU, which results in up to 500 times better heat removal then the traditional counterparts, said the company. apparently, the circulation of air through the copper foam is so efficient that the outside surface temperature never goes beyond 50 degrees Celsius or about 122 degrees Fahrenheit. if that holds true, it would be a dream come true for those bothered by the constant swirling fans. 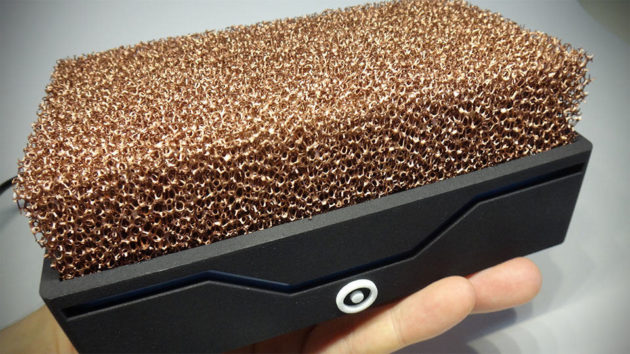 we have a couple of concerns with regards to this silent treatment though. first is dust and then there is the rate of dissipation which, if it is not quick enough, may effect the processor or the GPU’s performance. using the law of heat conduction to get the heat out is one thing, but as the processor works harder, more heat will be generated and a passive heat dissipation may not be sufficient. then again, we are talking about an afro like bunch of copper there, so we might be wrong. there is also a potentially dusty issue too. depending on the environment, dust adhering to processor and other components is not an uncommon thing and could happen fairly quickly, and having a chunk of intricate network of copper will require regular maintenance. however, the company reassures us that dust only settles on the outer regions, which can be easily cleaned using a vacuum cleaner.

additionally, there is a solid copper core in place, which effectively prevents dust from infiltrating to the core of the PC. in the company own words, “in short, dust is not a problem” (translated, of course). there are three models lined up for the company’s crowdfunding endeavor in Germany. under the hood of the base model, it has an Intel i7-4785T quad-core processor clocking in at 2.2GHz, 8GB of RAM, NVIDIA GTX 760 graphics card and a 500GB solid state drive. you will also find a garden variety of standards like USB ports, Ethernet and WiFi connectivity, HDMI, DVI, audio ports. last heard, they have managed to include DisplayPort too. the outfit is looking to raise €45,000 to take this bushy top PC to production. a pledge of €699 (about US$936) will get you the based model, €769 (around US$1,030) gets you one with 16GB RAM and the same 500GB SSD, while €1,159 (or US$1,550) will score you a range-topping example with 16GB of RAM and a cool 1TB SSD. 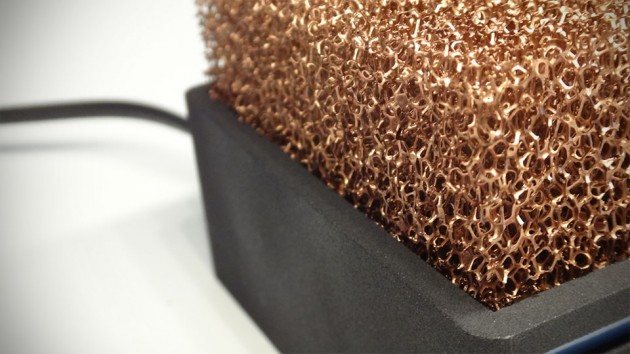 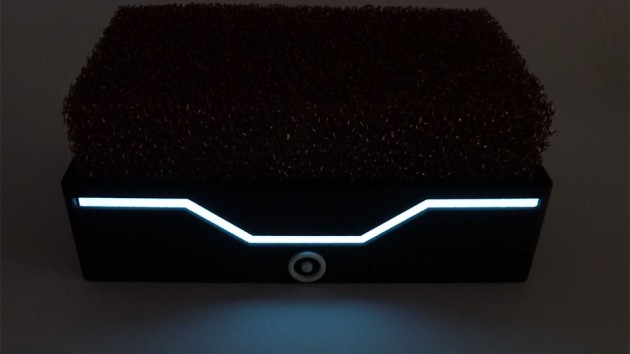