Today’s Porsche is no doubt more polished, and sleeker than it was in the 70s, but while so, we never forget why we fell in love with the German marque in the first place. If you are old enough to know, you will recall the iconic slant nose design Porsche adopted during the 70s motor racing which eventually trickled down to the marque’s street-going models. Before you feel the sudden nostalgia and the urge to trade in your spanking new Porsche 911 for a slant-nose Porsche that’s essentially a classic at this point, we will like to point you to a full bodykit that will transform your current Porsche into a widebody, slant-nose Porsche to satisfy your craving for nostalgia, but without sacrificing the modern tech that comes with a modern Porsche ride. 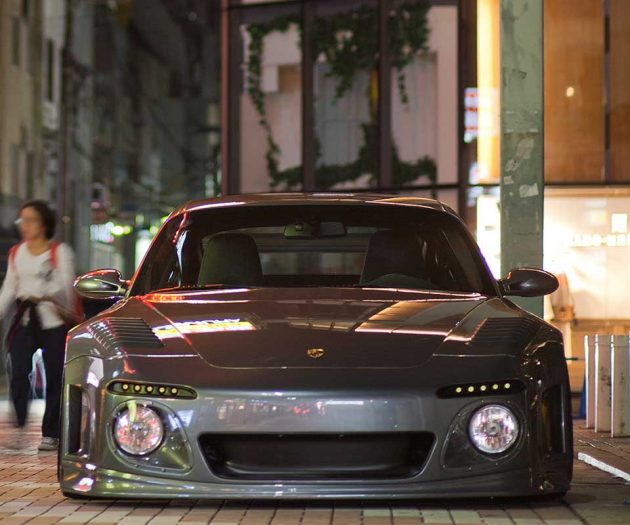 The full aero in question is the brainchild of Japanese maker of bodykits, Old & New Japan, as designed by Kei Miura. A 2008 Porsche 997 kitted out the said full bodykit was showoff by the bodykit maker at this year’s SEMA and boy, does it looks fantastic and surely a refreshing head turner in sea of mostly custom trucks. The good thing is, the “Slant-Nose Porsche 911 Full Bodykit” is something you can own, if you have 1.55 million in Japanese currency to drop (or around US$14,920). Though it is not known if Old & New Japan is willing to ship oversea at all.