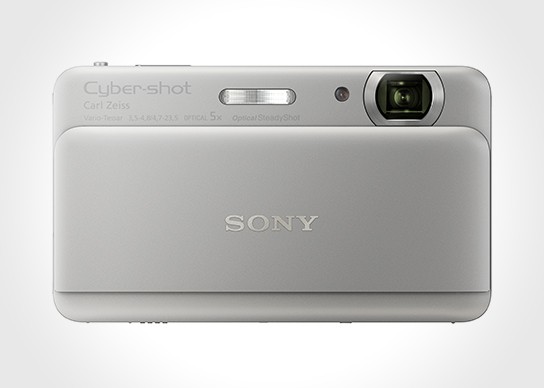 latest to join the Sony Cyber-Shot family is the ultra-thin DSC-TX55 that features a 16.2-megapixels Exmor R CMOS sensor. this newest addition also sports a new innovation dubbed as “By Pixel Super Resolution” technology which enables the camera to achieve a virtual 10x zoom without loss of quality at its maximum resolution. also new to the Cyber-Shot is the “Picture Effect” mode that allow user take artistic photographs without the need for editing software.
[ad#Google Adsense-text-468×60]

measuring just 12.2-mm thin, it comes equipped with a 3.3-inch OLED touchscreen viewfinder/display and additional electronic image stabilization for both vertical and horizontal orientation. the 10x zoom is achieved through the combination of the newly developed ‘Clear Image Zoom’, working in sync with the “By Pixel Super Resolution” technology. there are two noteworthy features that comes with this sleek camera. the first is the ability to shoot 12-megapixels still photos without interruption to the on-going full HD video recording. the second is its intelligent Sweep Panorama mode that features high resolution mode, enabling users to shoot up to 42.9-megapixel panorama photos.

the camera is also capable of capturing 3D still images without the need for bulky stereoscopic lens. in the 3D mode, a single press of the shutter activates the camera to take two shots consecutively, thus enabling it form up a 3D image. there is even a 3D Sweep Panorama mode. storage is via a single slot that accepts both Memory Stick Micro and micro SD/SDHC cards. the Sony Cyber-Shot DSC-TX55 is slated to hit the stores this September with a price tag of $350. a couple more images and official press release after the break.

SAN DIEGO, July 25, 2011 – With an exceptionally slim and stylish design, Sony’s new DSC-TX55 Cyber-shot camera makes it easy to capture any moment with high-quality still photos, full high-definition video and amazing 3D images, providing consumers with the ultimate in creative control of their photos and videos.

The DSC-TX55 camera features a range of innovative new technologies, including “By Pixel Super Resolution” technology, which boosts the cameras’ zoom range to a virtual 10x without losing quality at the image sensor’s maximum resolution (16.2 million pixels). The new model is also the first Cyber-shot camera to offer a “Picture Effect” mode, which expands a shooter’s artistic possibilities without the need for editing software.

“Our new DSC-TX55 model redefines what a compact camera can do,” said Yosuke Tomoda, director of Sony Electronics’ Cyber-shot business. “In addition to the newly developed, ultra-thin chassis design, the camera features an incredible combination of features and performance, putting more creativity at users’ fingertips than ever before.”

The TX55 boasts a 16.2 megapixel, highly sensitive Exmor R™ CMOS sensor that delivers incredible image detail and ultra-low picture noise in both still images and Full HD video – even in low light conditions. Also the camera’s hi-speed auto focus can lock onto subject in as little as 0.1 seconds, letting users grab the most fleeting photo moments with ease.

16 Mega-pixel CMOS Sensor with Clear Image Zoom
Just 12.2mm slim (measurement excludes lens cover), which is smaller than the thickness of a standard AA-size battery, the Cyber-shot TX55 is the world’s thinnest camera in its class (among cameras with an optical anti-shake function). The new model captures Full HD AVCHD video clips as well as 16.2 megapixel still images through its innovative and exceptionally thin 5x optical folded zoom lens.

Further, the camera’s back panel is dominated by a super-sized 3.3-inch (8.3cm) Xtra Fine™ OLED wide touch-screen, perfect for showing off photos and movie clips with incredible detail.

Enhanced Creativity and Functionality
The innovative Picture Effect mode broadens the range of artistic options with an exciting palette of in-camera image treatments. Effects can be viewed on the camera screen, allowing users to see the result of a chosen effect instantly rather than during the post-shooting experience.

Pricing and Availability
The new Sony Cyber-shot™ TX55 camera will be available for about $350 this September at Sony stores, www.sonystyle.com and other authorized retailers throughout the Sony Dealer Network.

The range of Sony Memory Stick Micro™ and MicroSD/SDHC media cards are available now throughout the Sony dealer network and along with an expanded range of coordinating accessories – including the colorful new LCJ-THF camera cover, AC-UD10 AC adaptor and BC-TRN2 fast battery charger. [/toggle] 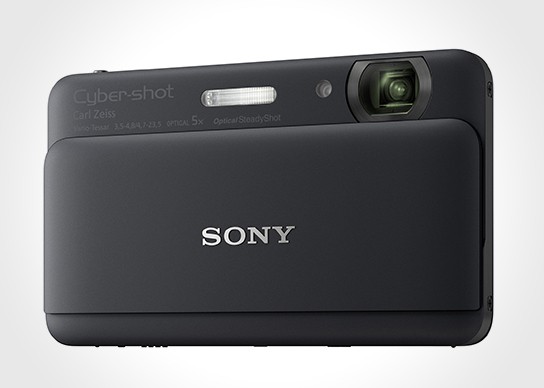 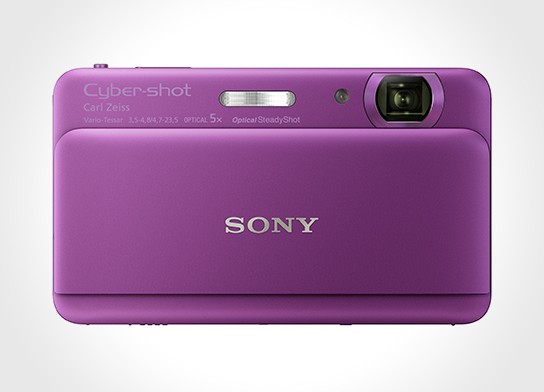