I have a lot to say about “world records” today, triggered by a so-called “most expensive hamburger in the world” we came across a couple of days ago. As you know, this being the Internet, information sometime can be rather misleading and confusing, and the record purportedly awarded by Guinness World Records to South of Houston, a bar kitchen in The Hague, The Netherlands, is one such confusing case. We read that this gastronomical delight whipped by Chef Diego Buik of South of Houston has snagged the Guinness World Records for most expensive hamburger with a gold-foiled covered top bun burger that cost $2,300 (some ’sources’ even said it was $3,600 and so…), but based on Time’s “8 of the Most Expensive Burgers Ever,” the priciest burger was FleurBurger at Fleur in Las Vegas which commanded a whopping $5,000 (!). 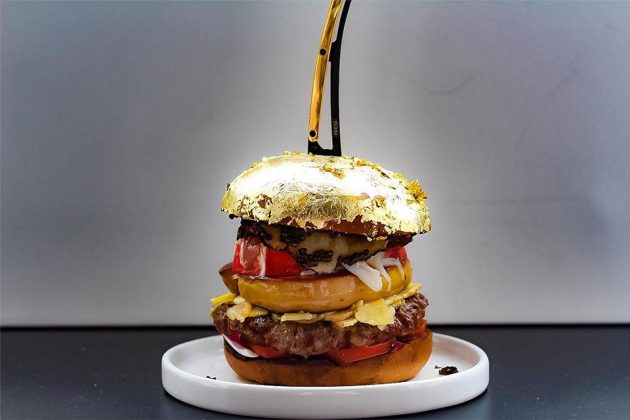 Granted, Fleur’s luxurious burger wasn’t submitted to Guinness World Records or any certifying body and it was way back in 2011. However, according to the GWR website, the record for “Most expensive hamburger” was by Juicys Outlaw Grill in Oregon, USA, set in 2011 and so, we actually have a record holder which is obviously far more expensive, albeit it being unpractical to consume normally, judging from this truck bed-size proportion. Anywho, as far as we know, a record shall stand unless a new record in the same category topples it and so, at this point, we are not entirely sure if Chef Diego’s creation is indeed awarded or mere mention (such as “named”) as GWR often do.

But world record or not, it does not make its ridiculous price any less ridiculous. Plus, it looks so opulent and so very gastronomically inviting that, to be honest, it is making my stomach growling in hunger and triggers my craving for a good burger right now as I am writing this post. Now, if you will excuse me, I will need to head into the concrete jungle and hunt for a nice burger which I will be eating while fantasizing about this $2,300 burger. 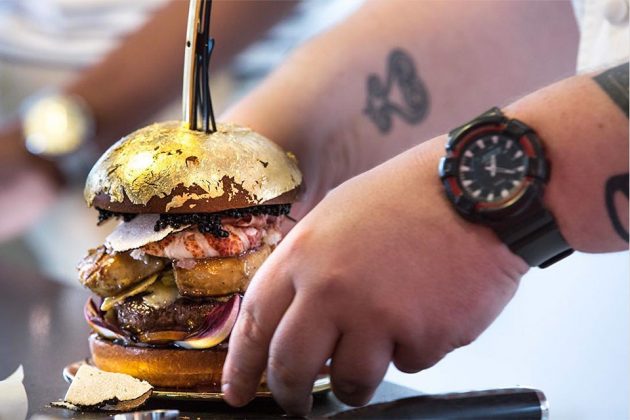 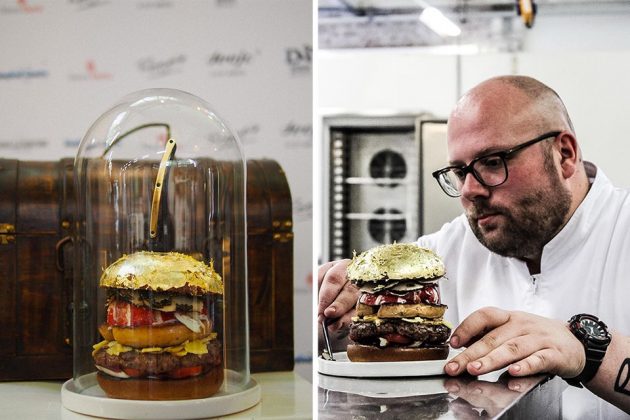