Have you ever find yourself putting the blame on say, a subtle hand jerk, for a bad dice roll? Well, if you have, then may we suggest you get yourself a dice tower and let it decide your fate. But not just any dice tower; you need this 3D-printed take of the fold down dice tower, simply called Spiral Dice Tower from The3DForgeShop. The medieval tower not only serves as dice tower, but complements your Dungeons and Dragons or any medieval-themed games. 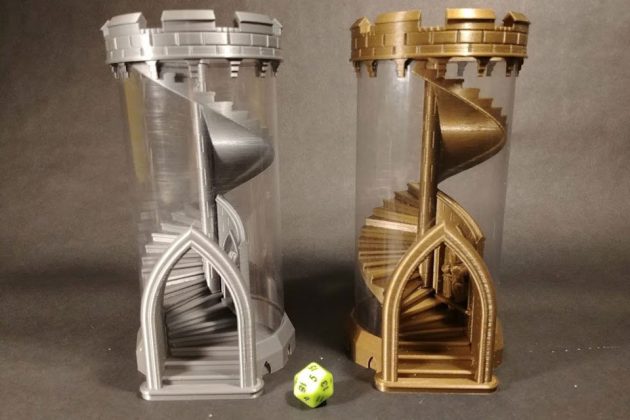 It has a open design and uses a 1.5L soda bottle as the outer wall to prevent the dice from going rogue and also lets you witness the dice tumbling down. I know, it is just a dice tower, but seriously, the amount of details that goes into it is pretty amazing. It has everything that makes a fortified medieval tower; the battlement, the brick wall design, cathedral arch – you name it. It even has a knight statue embedded on wall, next to the exit/entrance. OK. Maybe just exit because, the only that is going past that super cool doorway is the dice coming down the spiral stairs. 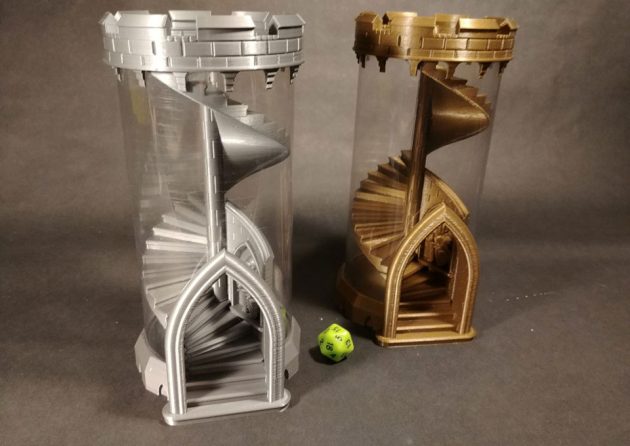 Speaking of exit, there is an optional catch tray to prevent runaway dice and it is designed to perfectly match the medieval tower. Now, if this isn’t the coolest dice tower we have seen. The Spiral Dice Tower you see here is, according to Etsy store The3DForgeShop, is based on Thingiverse contributor Lau85’s design submitted to Thingiverse.

This means, you can choose to download the files on Thingiverse and 3D print it yourself, or buy it off Etsy if you don’t have a 3D printer. If you prefer the latter, then be prepared to drop $31.28 or more for it. As far as dice tower goes it is not cheap, but man, this looks absolutely stunning. 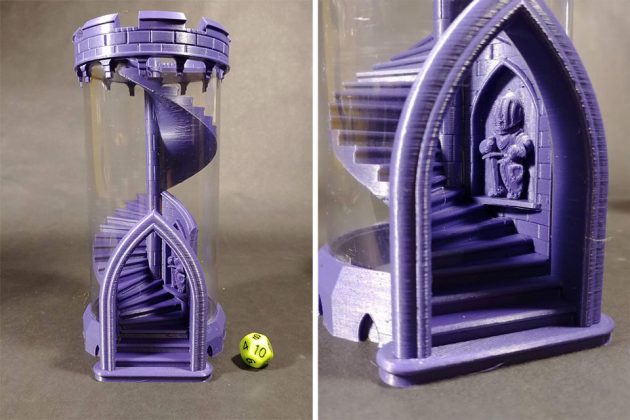 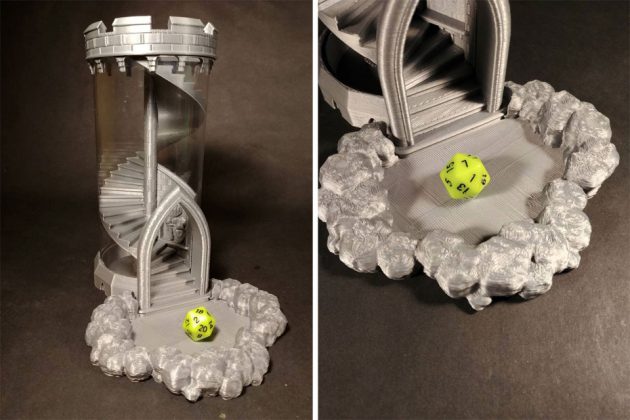 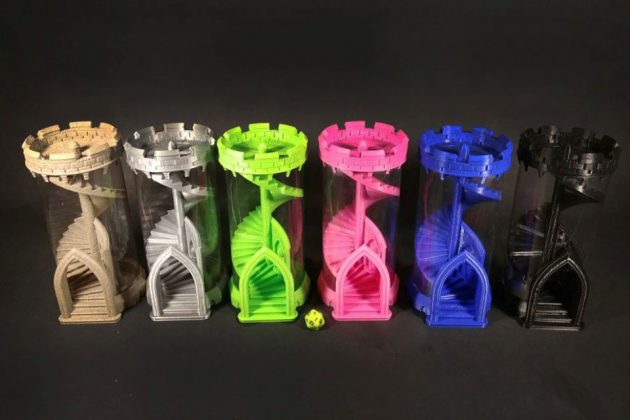