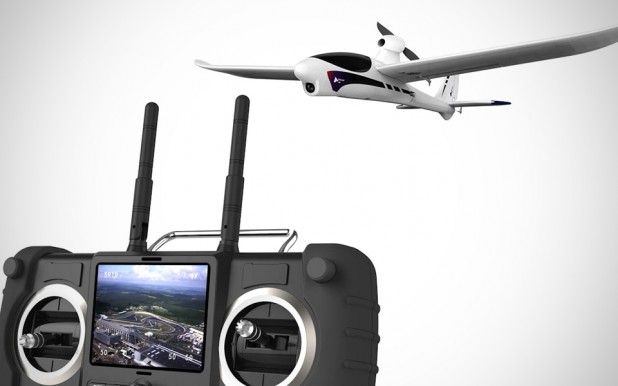 the technology used in military gadgets usually trickles down to the commercial market and radio control scaled modeling is among one of them to be blessed with the goodness of these (sometime deadly) technologies. which is a good thing cos’ now you can stop dreaming about piloting the Predator and do it for real at your own leisurely time with the Spy Hawk. the best part is, you don’t need to deal with any killings and the worst sin you will do with this baby is the mere act of spying which is what the government has been doing. shsss… you didn’t hear from us. anyway, instead of rigging a camera on your existing RC aircraft, the Spy Hawk offers a built-in 5.0-megapixel camera that streams live first person video footage to the transmitter’s 3.5-inch LCD. so, like the deadly Predator, not only you get to pilot this sleek glider but also see what the aircraft sees. a built in 4GB SD card let you store your recorded footages. to make things even easier for those who are not familiar of RC flying, it comes with an auto-pilot mode to keep the aircraft stable – just get it to the required height, flip the ‘autopilot’ switch, and the built in gyro takes on the duty to keep the aircraft level, even in gusty winds. the Spy Hawk is powered by a brushless motor and a 7.4V 450mAh battery keep it juice for up to 20 minutes. the four-channel radio’s 2.4GHz let you stretch out to 600 meters (1,968 feet) far, though the video transmission is only good for up to 400 meters (1,312 feet). the Spy Hawk is up for pre-order with a price tag of £249.95 (or US$334.99).