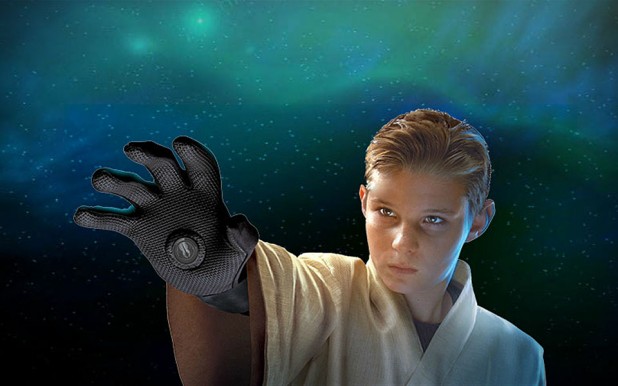 ever since the debut of the ‘Force’ in Star Wars films, the idea of an invisible force has been the fantasy for many boys growing up in the 70s. as grown up, we all know that’s not going to happen and no one that we knew of did actually have that kind of power. speaking of which, we have to remind ourselves that Luke and the gang were not earthlings to begin with. anyway, now that most of us has past our time, your kids could enjoy the Force with the Star Wars Force Glove. the best part is, you don’t need to subject your kids (or maybe yourself?) to the rigorous and regimental lifestyle of a young Padawan. all they have to do is to slip on this glove and start pushing and pulling as they desire. the gloves uses a magnet embedded within the palm area to repel or pull objects based on the magnetic polarity. for a mere $16.99, you will get a Force Glove plus a pair of Force targets and one learning guide – learning guide as in one that teaches you about magnetism and not the non-existence Force. thank goodness.