Think Star Wars sound effects and now, imagine electronic music thrown into the mix (or vice versa; it doesn’t really matters). The result is the Star Wars Headspace, a compilation of original dance music littered with familiar Star Wars sound clips and effects like R2-D2 bleeps, C-3PO favorite rant “How typical..,” Wookiee’s roar and Darth Vader’s breathing – just to name a few. The album is produced by legendary producer, founder of Def Jam Records, Rick Rubin. Granted that Rubin isn’t exactly the ‘electronic’ person you’d expect, still, the result is pretty impressive – well, that’s only if you are a huge dance music fan, else they would be just annoying noises. 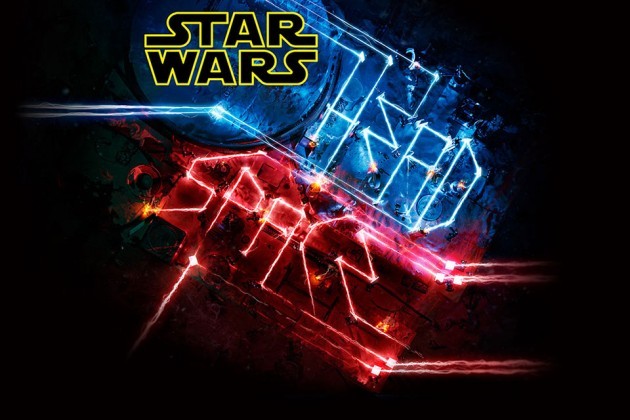 The cover of the said album has also been unveiled and it is appropriately Star Wars featuring iconic the Star Wars emblem, along with the word ‘Headspace’ separated into two colors: blue and red, presumably representing the light and the dark side. Though the music will not have such distinction. Expect works by prominent figures in the electronic music arena, including the likes of GTA, Flying Lotus, Claude VonStroke and more. Rick Rubin himself also has his hand on a track, dubbed NR-G7. In addition, he also worked on a remix of J.J. Abrams’ and Lin-Manuel Miranda’s fan-favorite Jabba flow from the Star Wars: The Force Awakens.

Star Wars Headspace Electronic Album is expected to be available digitally on February 19 and March 18, at brick-and-mortar stores. If you can’t wait, you can pre-order the digital copy on Apple iTunes for $9.99 as we speak. In mean time, you may want to sample some of the tracks after the fancy stormtrooper’s helmet-style track-listing. 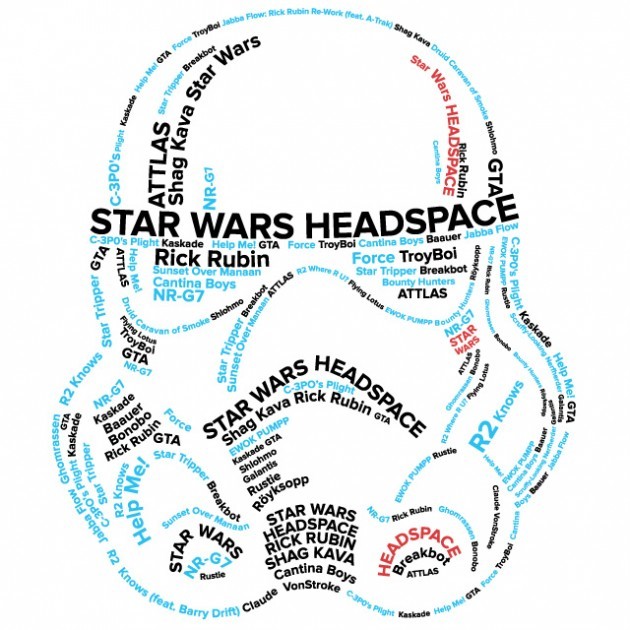