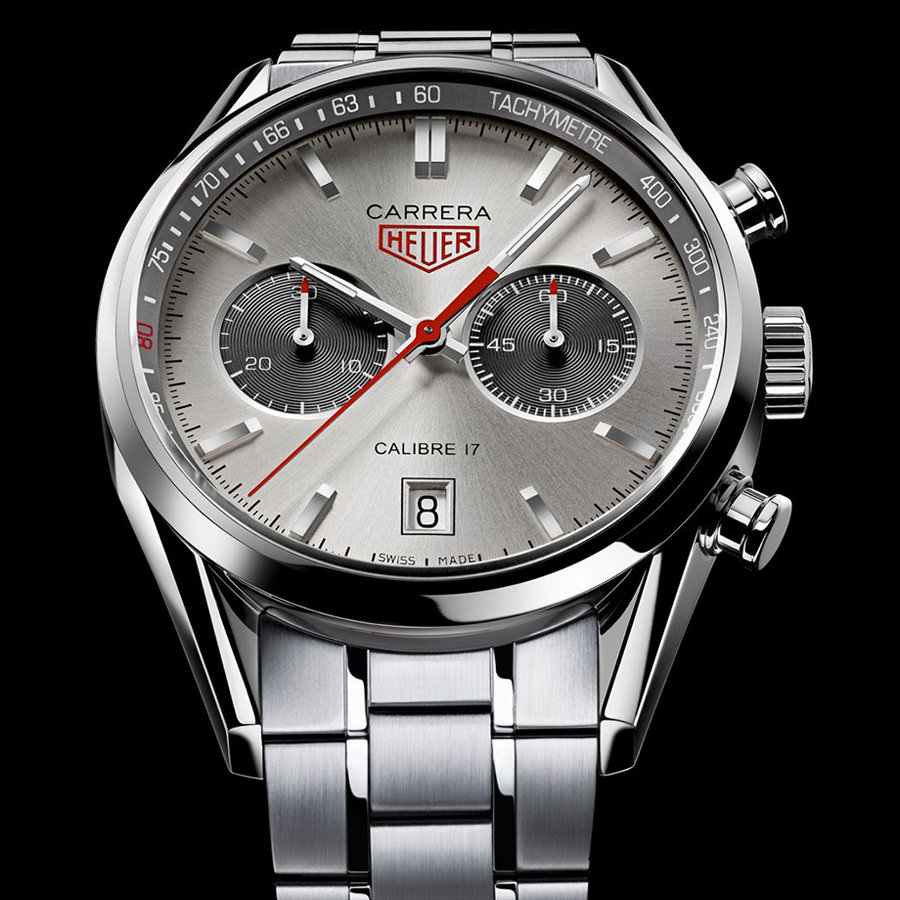 honestly, we don’t know who Jack Heuer is but we were told that he was the longtime CEO (till 1982, to be exact) of TAG and the founding father of the Carrera. marking his 80th birthday, TAG Heuer has released this beautiful TAG Heuer Heuer Carrera Jack Heuer 80th Birthday Carrera Watch. apart from its mouthful name, it also happens to be a limited edition with only 3,000 pieces to go round worldwide. powered by a Calibre 17 movement, this commemorative time piece features a metallic silver sunburst dial face with retro markers, silver hours and minutes hands and a contrasting seconds hands in bold red. touches of red can also be seen on the chronograph hands, as well as the “60” mark on the TACHYMETRE. a date function sits at the 6 o’clock position. the gorgeous 41mm Carrera case is matched with a Carrera bracelet in polished and brushed finishes or a black calf strap with red soft rubber lining. detail on when exactly it will be available remains a mystery but expect this limited edition watch to cost CHF4,500 in Switzerland or roughly US$4,925. the TAG Heuer Heuer Carrera Jack Heuer 80th Birthday Carrera Watch will make its world premier at the Baselworld 2012 this week. check out a few larger views after the break.

via Hypebeast via Calibre 11