To be honest, I am clueless about New York City’s zoning laws. I totally understand the need for segregation by industry and stuff, but beyond that, I am absolutely lost. Anyways, as bustling cities like New York City gets denser, the obvious solution is to go skywards. However, due to the zoning laws, there’s a limit to how high a building can get in a leanly packed urban jungle and to get around this while still accommodating insane amount of population, architecture studio oiio has came up with an architecture with an unexpected turn – like quite literally.

oiio studio envisions a slender building that does not go to knee-weakening height (though it would still be extremely tall, towering even the would-be tallest building in NYC, Central Park Tower), but instead of keep going up which it obviously can’t (especially in Manhattan where it proposed to be), this slim building makes a u-turn down to earth at its peak, thereby forming an inverted U.

By all accounts, it may not be tallest in the world, but it will probably the longest building – stretching to as long as 4,000 feet as the glass-lined structure heads back to earth. That, my friends, is absolutely out-of-this-world. Though of course, if oiio studio has its way, the aptly named The Big Bend, is still a very earthly thing. And with an absolutely nuts architecture feat comes an intriguing and no doubt complex continuous loop elevator system that travels in curves and horizontally, in addition to the usual vertical pathway. However, keeping in mind that The Big Bend is still a proposed concept and so, whether or not it will see fruition remains to be seen. 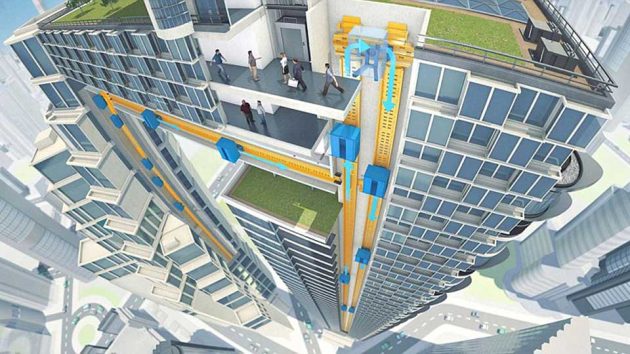 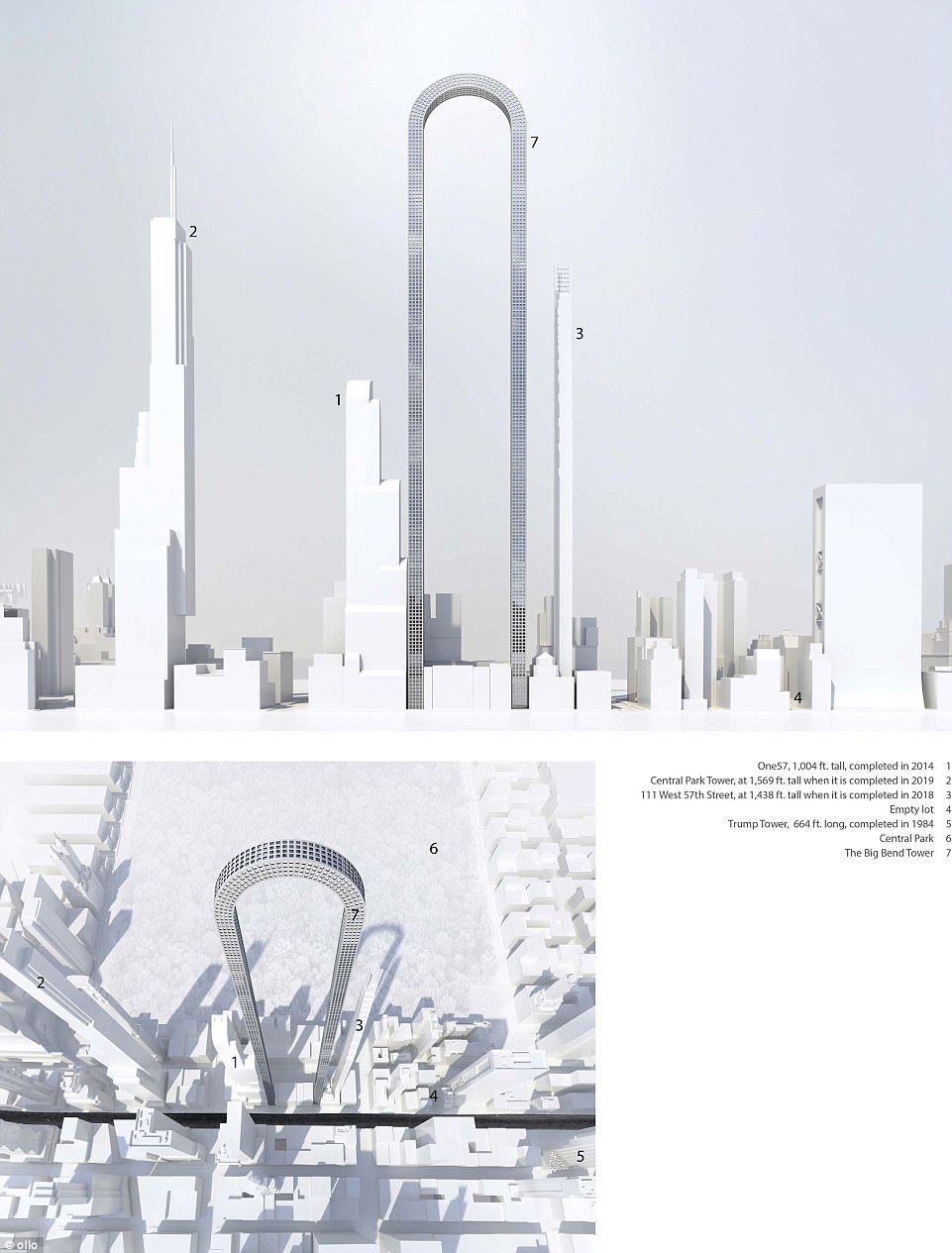