Pokémon Go players can be seen armed with power banks to keep their smartphone juiced as they go about catching adorable virtual monsters, but if you are in the midst of chasing your prized monsters – such as the super rare Vaporean that popped up in the middle of Central Park – the last thing you want is to have another device and/or cable getting in between your phone camera and Golbat. Battery cases work too but as a true Pokémon geek chasing after virtual creatures, you want to look the part and this is why you should have The Pokédex Smartphone Battery Case. Well, since you are already using your phone to do the capturing and recording of data, your trusty smartphone should at least look like the device that does the job, shouldn’t it? 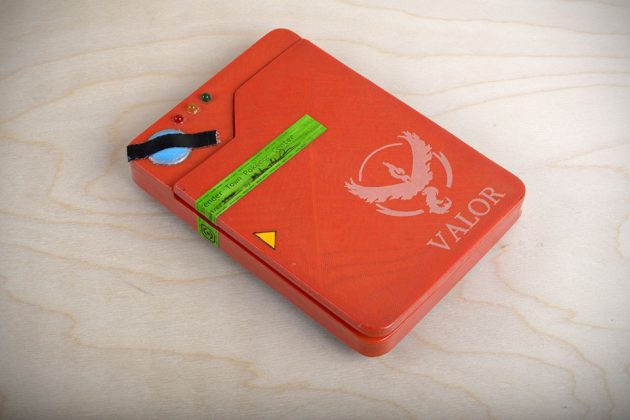 Pokédex, for those who don’t already know, is a portmanteau of Pokemon and Index and it is, in the video game, the database of all the creatures you have captured, while in the anime, it is like the encyclopedia of Pokémon species. Either way, it is what any serious Pokémon trainer needs. The best and arguably funnest part about this Pokédex is, it lets you take a break from catching Pokémon and DIY one for yourself by following the instruction by NPOOLE on SparkFun. Inspired by Kanto’s Pokédex, this 3D printed ABS plastic case is designed to fit Samsung Galaxy S4.

NOW READ  The Hacksmith Built A Lightsaber Again, This Time It Is Even Closer To The Real Deal 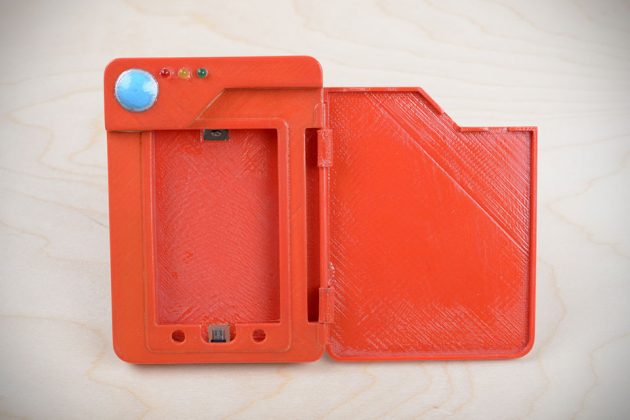 There’s a catch though; it will bump up your device size quite a bit, as it is, after all, a Kanto-era Pokédex. However, the unused real estate is not gone to waste; electronics and a 2,600 mAh battery, which your smartphone will definitely be needing when you go about the hunt, can be found there with space to spare. The Pokédex Smartphone Battery Case is in its first iteration; more things will be added in the next revision. In the meantime, eager Pokémon Go trainers can head on down to Github to download the design and starting cobbling up one for yourself.

All images by NPOOLE via SparkFun.