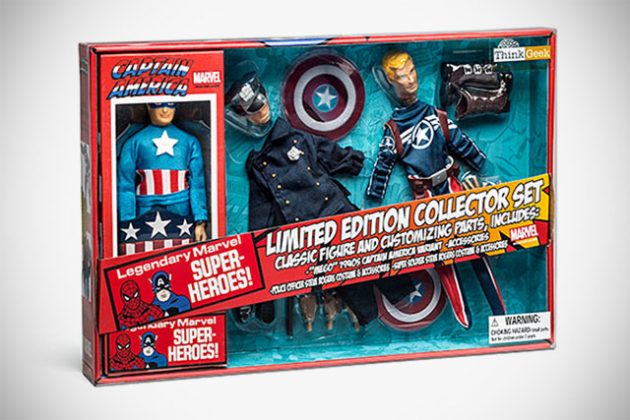 This set has got three Steve Rogers heads, along with three outfits: 1940s Captain America attire, Super Soldier Steve Rogers outfit, and Police Officer Steve Rogers outfit – complete with a matching head (still Steve Rogers, obviously) with police cap. Like the previous limited edition set, this ThinkGeek Exclusive is also a variant figure in the classic 70s “Mego” action figure (hence, the 40s Cap costume and shield, and it is limited too, which in this case, only 2,000 sets are being offered. Like before, this set is 1:9 scale, which means Steve Rogers stands 8-inch tall and it comes accompanied with a a couple of accessories including police baton, as well as interchangeable hands. 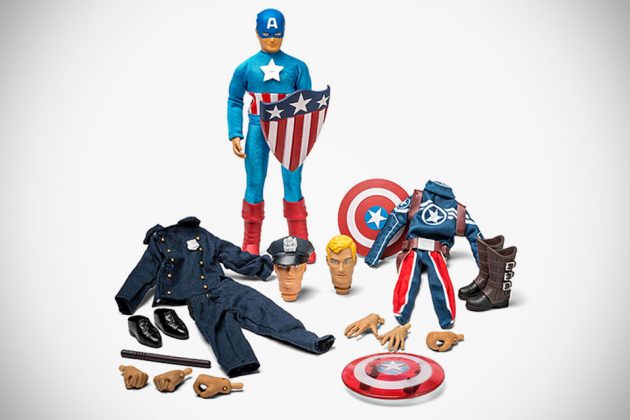 Clearly, ThinkGeek Exclusive Captain America Retro Set does not have Hot Toy kind of precision and accuracy, but it does have its toyish charm as it is, after all, a toy. But you would want this to be in your Captain America altar, because at $79.99 a pop, it is kind of pricey for kids to be mucking with.