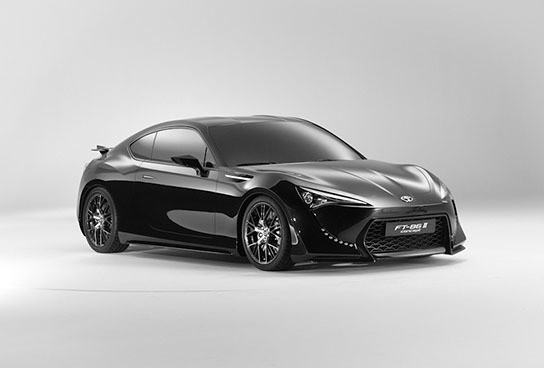 Japanese auto makers have been quite low-key in the sports car segment (with the exception of LF-A). as far as Toyota is concerned, we have not seen one (sports car) that has the ‘wow’ factor since the last Toyota Supra Mark IV. unveiled earlier last month at the Geneva Motor Show, was exactly what the auto industry need: the Toyota FT-86 II Concept, a sports car that will have any boy racer’s hearts flutter with excitement. what the public has seen was sort of a ‘preview’ of the new rear-wheel driven sports car that’s “due to enter production in 2012.”
[ad#Google Adsense-text-468×60]

no specifics were given with regards to its inner runnings but it would be a front mounted 2.0 liter inline four boxer engine, driving the rear wheels via a manual gearbox. before further news are being make available, we have some sizzling hot studio photos from Toyota to quench your lust for this gorgeous concept. hit the jump to check them out. oh there’s also ‘supermodel-style’ video clip if the still images fail to satisfy you.