We are not political, but this one is too much of a laugh for us to pass on. This is about a bunch of Trump statuettes, but this tiny sculptures ARE NOT a tribute to the POTUS; these busts of the President found scattered around Brooklyn are for dogs to pee on. Depending on your political stand, this could be either an ultimate insult, or just a plain humor. Anyways, each of this tiny Trump is installed on small cuts of astroturf and they are placed by NYC-based artist Phil Gable of Porcupine Armadillo as his way of protest against the most powerful man in the world. 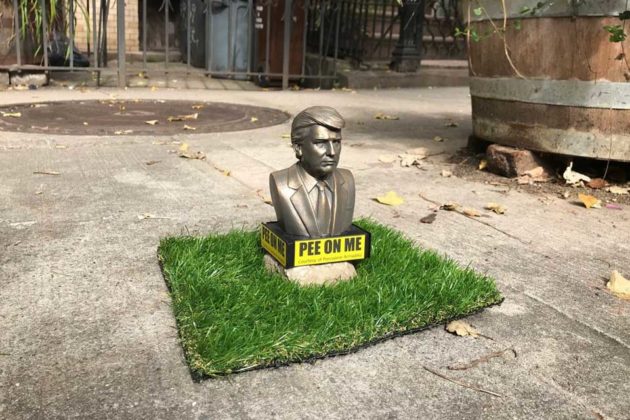 “It was largely just a personal expression of my own disdain for Donald Trump, both as a President and a human being… I find it cathartic anytime I can express disdain through comedy, especially if it’s related to politics. And this case, it’s both funny and useful, which makes me happy.”

Brooklyn is just a start. The man has plans to install more of these tiny Trump in Manhattan so that more disgruntled folks can have “the chance to vent out against their number source of frustration.” Well, that’s the freedom of expression right there put to good use. Maybe? 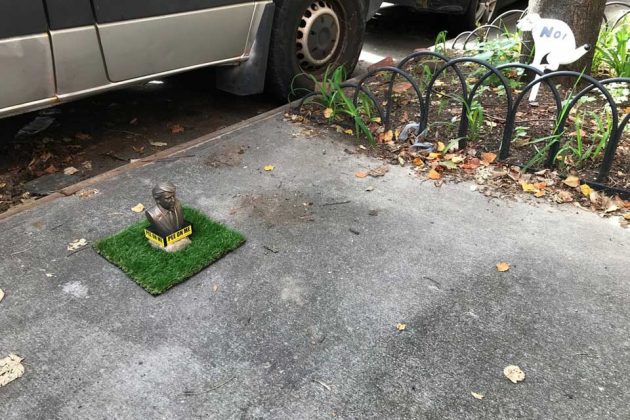