Golf R in Volkswagen’s hot hatch lineup is largely considered the epitome of all hot hatches, but if 300PS isn’t enough to satisfy the power hungry you, then pray hard that the Volkswagen Golf R 400 Concept gets the production green light. running on a modified version of the Golf R’s 2.0-liter turbo four engine, the folks at Volkswagen R GmbH has managed to push out 100 PS (99 horses) more and 70 Nm (52 lb-ft) of torque out – thanks to a newly developed turbocharger that allows for higher maximum charge pressure and reinforced crankcase. additional engine works include an exhaust cooling system integrated to the cylinder head and a variable valve control with dual camshaft adjustment. both which helps in improving the economy and performance of this drool-worthy ride. all told, this souped up concept makes 400 PS (395 hp) and 450 Nm (332 lb-ft) of torque, which are put to good use through a six-speed DSG gearbox, enabling this extra hot hatch to rocket from zero to 100 km/h (62 mph) in just 3.9 seconds and makes an electronically limited top speed of 174 mph (280 hp). 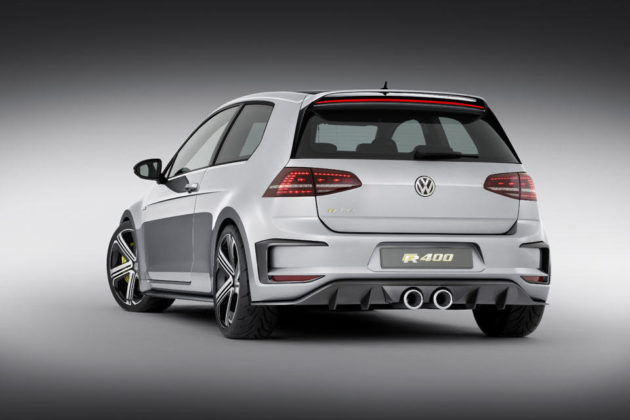 aesthetically, the changes are anything but subtle. it is wider, by 40mm in total, attributed by the pronounce, body-colored wheel arches and it also gains a gloss black roof, carbon door mirror caps, and a redesigned front and rear bumpers. a pair of sill extensions bridges the gap between the wheel arches, while offering a consistent look with the front’s carbon fiber splitter and the rear’s diffuser that wraps the R 400’s dual exhaust tip. other noteworthy exterior highlights include 19-inch ‘Cadiz’ alloy wheels with increased offset – wrapped in 235/35 R19 rubbers, a reinforced braking system, and a double roof spoiler with integrated LED brake lights. on the inside, the seats are treated to Alcantara and ‘carbon leather’ with contrasting ‘Lemon Yellow’ stitching. the same carbon leather is also found on the steering, while a combination of leather and carbon leather adorns the rest of the interior. according to the official PR text, it is said that the Golf R 400 will remain as a concept with no plan for production. however, chief of VW Research and Development has reportedly confirmed that the R 400 will in fact be built, though no specifics, such as if it will be heading to U.S. shores, were being offered.

NOW READ  Mercedes-AMG GT Black Series Is Derived From AMG GT3, Has The Most Powerful AMG V8 Ever 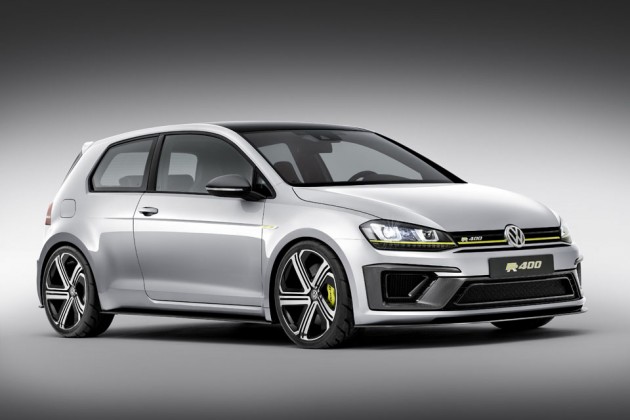 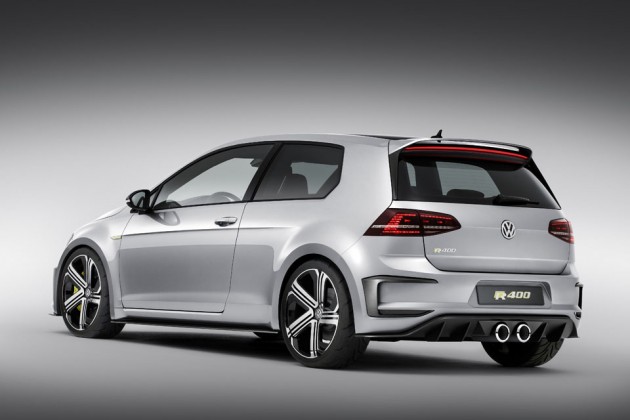 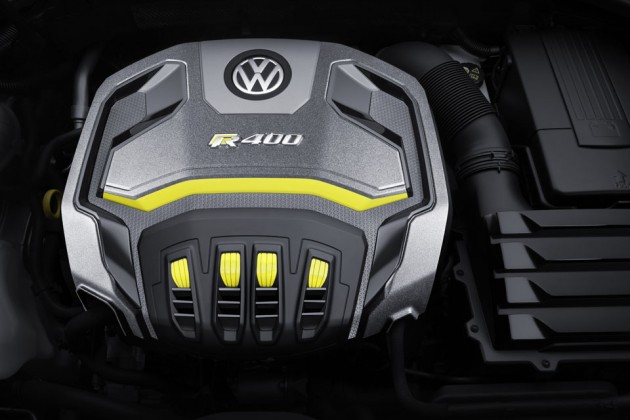 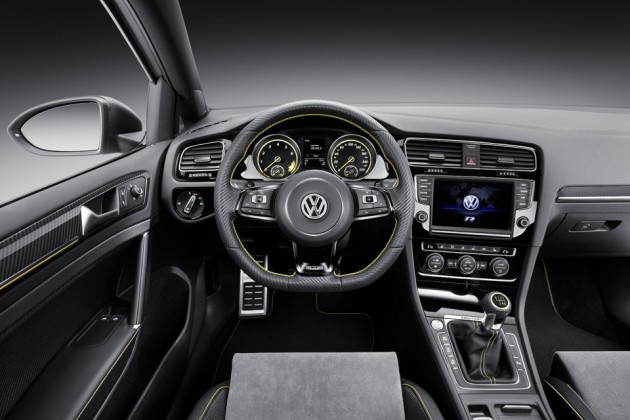 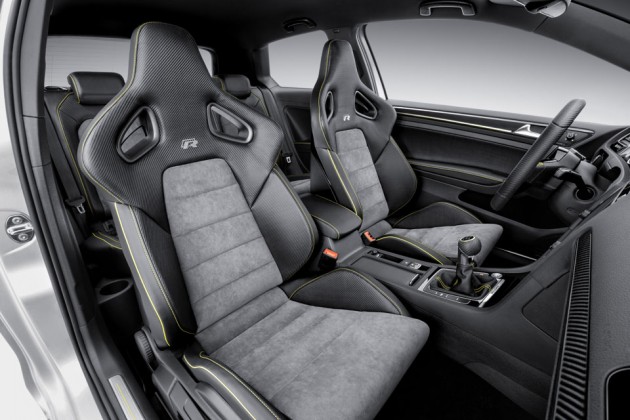