Smartphones, with the right hardware, can do 101 things and now, with the xCraft PhoneDrone Ethos, you can add imaging drone to the growing list. You heard that right – a flying smartphone is real. Well, it is not quite a smartphone designed to fly, but rather, it is a quadcopter that will take your smartphone to the sky and in the process, leveraging on your handset’s sensor, processor, and wireless capability to execute what a drone does best: imaging. The PhoneDrone is basically a partial quadcopter complete with the requisite motors and rotors, but instead of the usual electronics that makes a drone ticks, it has a cradle for a smartphone. 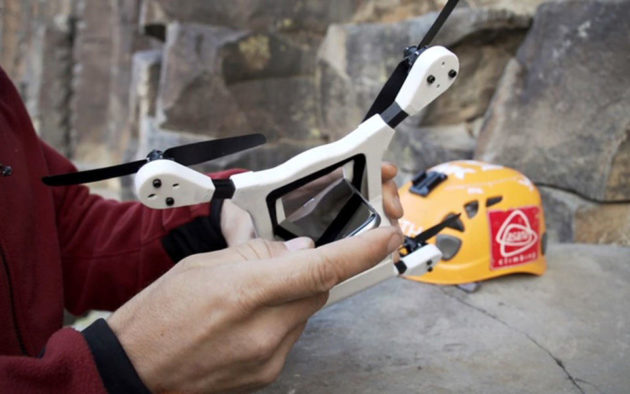 Using the companion app, you can set the drone ‘mission’ or better yet, use your Apple Watch to control it. PhoneDrone Ethos is also the world’s first drone that can be control by Apple Watch. There’s a caveat though. If you are not using an Apple Watch, your phone will be up in the sky and you wouldn’t be able to take calls. In this case, you can choose to grab a cheap smartphone and let it fly instead of putting a pricey piece of communication device up in the sky. With two smartphones, you can tether them and use the ground device for control and video streaming. 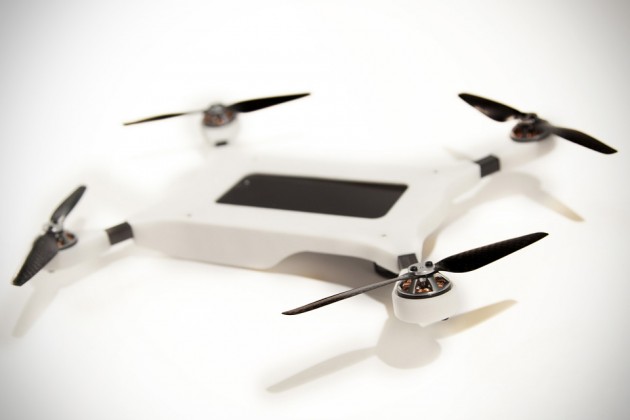 As for imaging, PhoneDrone Ethos relies on your smartphone’s main camera. An include camera mirror allows you to choose from two other camera views (side and front), so don’t have to be shooting downwards. Phone safety-wise, a built-in redundancy allows the backup systems to take over in an event of primary system failure and the cradle features a protective neoprene sheath that keeps vibration at bay and provides some form of shock protection. Though we doubt it will be of any good if it were to fall off the sky from 20 feet. Just saying…

xCraft PhoneDrone Ethos was a successfully funded Kickstarter campaign and it is not migrated to Indiegogo where you can preorder one for $235 and up. Delivery is expected to happen sometime in September 2016. Check out the pitch video after the break.