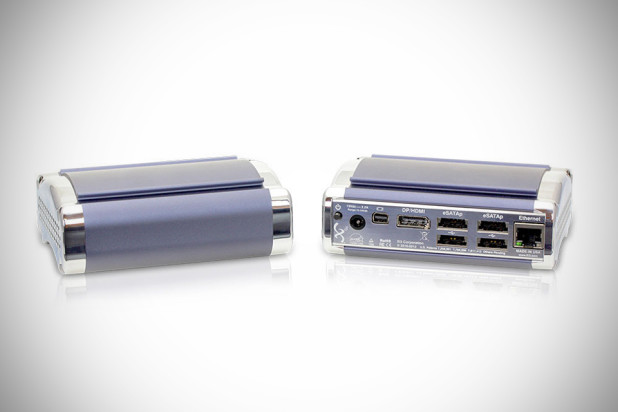 seriously. the days of hulking tower PC is coming to an end and why wouldn’t it be when you can have a computer the size of a paperback? the Xi3 Z3RO Pro Computer, announced at last week’s CES, is just the ‘paperback’ size PC we are talking about. with a physical size of just – hold your breath for this – 1.875 x 4.875 x 3.625 inches (about 4.8 x 12.4 x 9.2 centimeters), this miniature PC is designed for general computer usage for both home and office environments and yet it still has the guts for specialty uses such as digital signage environments and as a home theater PC. specifications and features include a 1.65GHz x86-based dual-core processor (64-bit), integrated GPU with 80 graphics cores, 4GB DDR3 RAM, up to 1TB SSD, one HDMI/DisplayPort and one mini DisplayPort supporting up to 2,560 x 1,600 resolution each, four eSATAp 3.0 ports and an Ethernet port. the Xi3 Z3RO Pro Computer will come preinstalled with openSUSE Linux v11.2, though it can also run on other x86-based Operating Systems such as Windows 8 or lower, UNIX, and of course, other Linux variants. who would have thought a full-fledge PC could be the size of a broadband modem? we didn’t but here it is, the reality, which is good news for our growing cluttered lives. though we thought Xi3 Z3RO Pro Computer could benefit from some aesthetic work cos’ the chassis is not exactly something everyone would be proud of, then again, with a starting price of just $399, we really can’t complain much. arriving the second quarter of 2013.