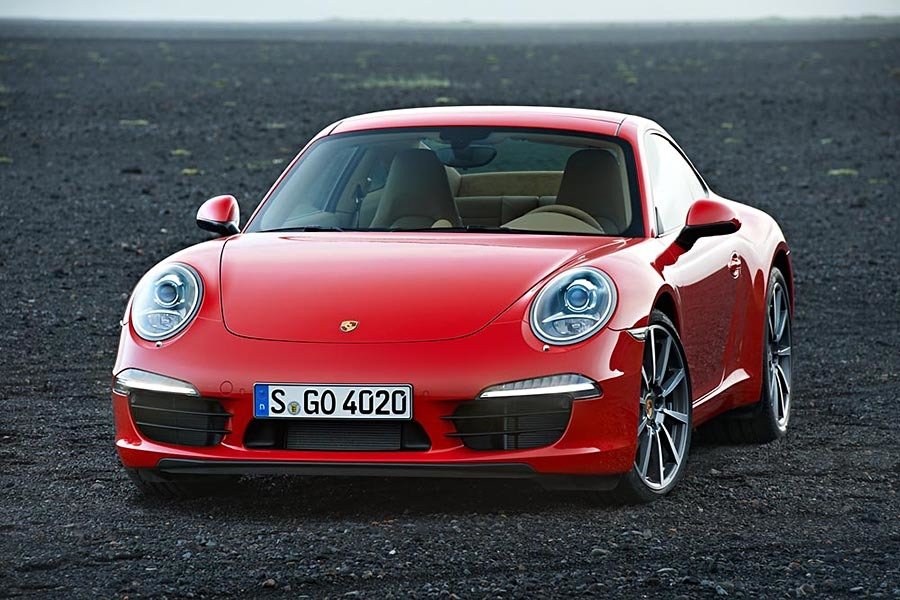 asides from concepts that will wow us in the upcoming Frankfurt Motor Show, there are some good old ‘refreshment’ from major automakers that you can actually buy like this new iteration of the Porsche 911 Carrera. officially unveiled by Porsche ahead of its debut at the coming Frankfurt Motor Show, the 2012 Porsche 911 Carrera comes in two variants, the Carrera Coupe and the Carrera S Coupe. the former comes equipped with a 3.4-liter boxer engine that develops 350-horsepower (261-kW), while the latter has a 3.8-liter engine that pushes out 400-horsepower (298-kW).
[ad#Google Adsense-text-468×60]

aesthetically, it still bears the same unmistakable good look of 911, save for the longer wheelbase, lower ride height and relocated side mirrors. on the eco-scale, Porsche has implemented eco-friendly features such as engine start/stop and a newly developed seven-speed manual gearbox in a bid to better the new 911’s fuel economy and carbon emissions. enthusiasts, however will not be disappointed by its performance. the 911 Carrera Coupe still makes a remarkable century sprint in 4.4-seconds, while the Carrera S betters that at 4.1-seconds, thanks to its PDK dual-clutch gearbox.