First, it was the Charger, now it is the Challenger to get the AWD treatment. The 2017 Dodge Challenger GT, as it is called, becomes the world’s first and only all-wheel-drive American Muscle coupe, which also makes it a segment-first. So, I guess it is goodbye to oversteer and hello to ‘who cares what weather it is now?’ Maybe. I don’t know. American Muscle purists may not be amused, but amused or not, it is here. In case you are all enthusiastic about it, you’d be glad (or not) to know that Challenger GT AWD shares the same all-wheel-drive system as the Dodge Charger AWD with active transfer case and front-axle disconnect. 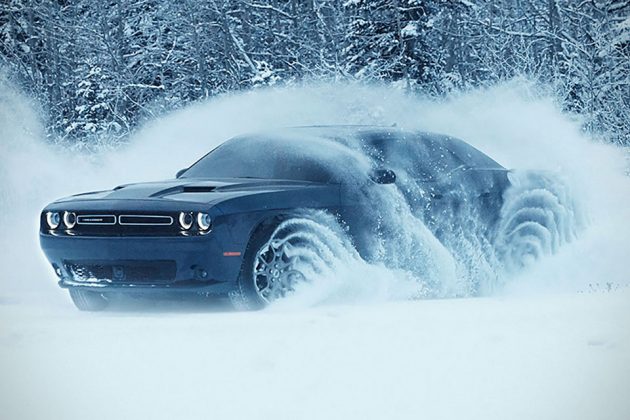 Under the slightly bulging hood lurks a 3.6L Pentastar V6 motor mated a TorqueFlite eight-speed automatic transmission which serves as an intermediary sending 305 horses and 268 lb-ft of torque to all four corners. Wait… So, GT is basically the SXT shoved with an AWD? Hmmm… never mind. Anyways, the drivetrain’s performance is further bolstered by a tuned induction system, dual exhaust from manifolds back which Dodge says aid in delivering more than 90 percent of the engine’s peak torque. Funny how no performance figures were offered in the official press text. 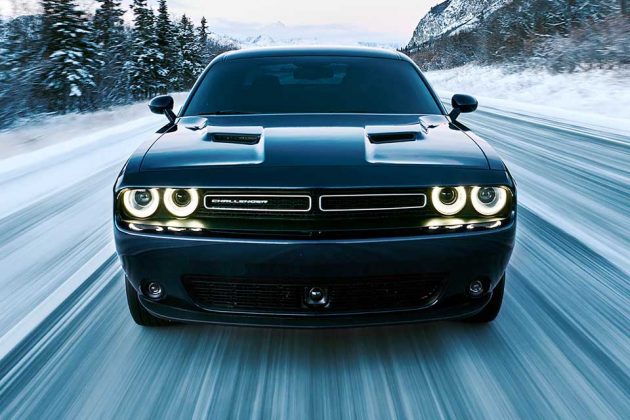 Perhaps, the performance numbers are non-consequential to an American Muscle car buyer? But who am I kidding? A muscle car lover that’s nonchalant about a muscle car quarter mile timing? Sounds utterly impossible, but anyways, enough of my nonsense. I am sure the performance should be decent. If anything, it should a ‘tad’ slower than the SXT right? A tad. Any why not? It is heavier after all, isn’t it? So, logically, the zero-to-whatever number wouldn’t be stellar. Seriously, Dodge, can you put a damn supercharger in it already? 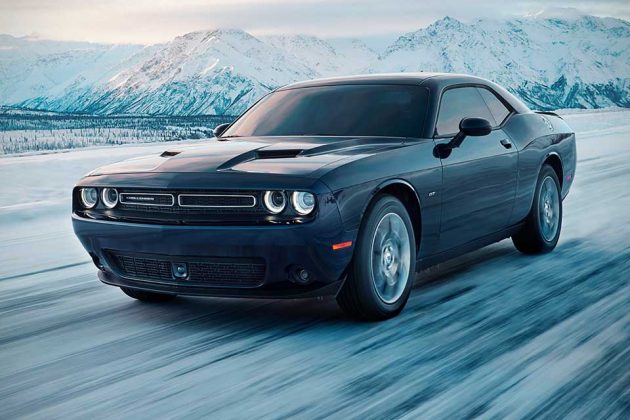 But we all know, throwing in an AWD is all about handling and in this case, Dodge promised the GT will deliver “the performance, power and all-weather capability to carve through some of the worst weather Mother Nature can dish out.” Hmmm, that’s, well, interesting. How true is it, I guess we will never know. We will just wait for the experts from big car blogs/magazines to test drive it and have their say. However, if you are not skeptical like me, you will be glad to know that production of the 2017 Dodge Challenger GT All-Wheel-Drive is slated to begin January 2017 and dealerships will be ready with them within the first quarter 2017. Also, expect to be at least $33,395 poorer – if you decide to have the keys to one.

P.S. Is a 6 grand bump justifiable for an AWD? I don’t know. You’ll be the judge when you get behind the wheel of one.

Images courtesy of FCA US.