I never got sucked into the hype of Borderlands when it first came to console back in 2009. Needless to say, we are equally unstirred by the sequels, Borderlands 2 (2011) and more recently Borderlands: The Pre-Sequel (2014). However, we could imagined there are mega fans out there and also gamers who just adore limited editions with boat load of extras. Well, in case you are either of the aforementioned, or both, then you might be interested in the Borderlands The Handsome Collection Claptrap-in-a-Box Edition. Nope. It is not a new game. It is just the Borderlands 2 and Borderlands: The Pre-Sequel made for the next-gem consoles, namely Playstation 4 and Xbox One. So I guess it is a cheer for fans? I don’t know. Or perhaps it’s also for those who haven’t gotten around playing this much hyped role playing, first-person shooter? 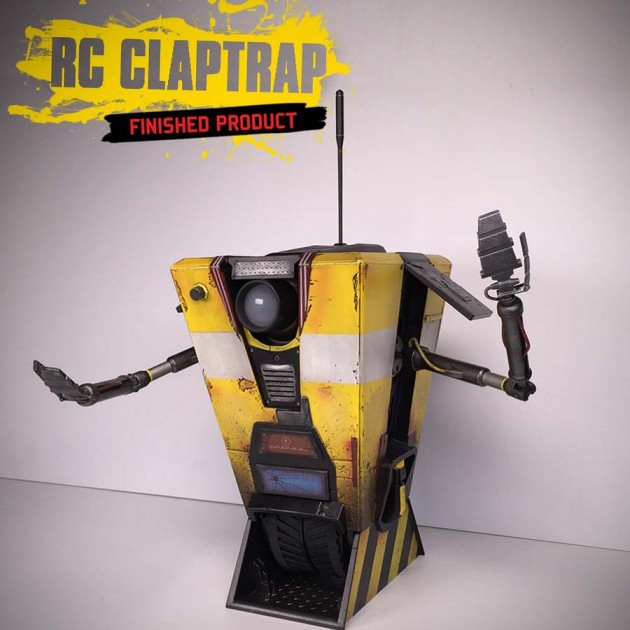 Some intelligent guess might have led you to guess that it will come with a Claptrap. Well. You are dead on, so give yourself a pat on the back. However, it is not just some lame Claptrap display figurine; it is a miniature Claptrap that you could control using your Android or iOS device. Pack within the cute little, mono wheeled box robot is a gyro that keeps it up and also, it ‘talks’ too, albeit limited to some iconic lines which you can activate as desired. It even has a working camera “eye” that streams live feed to your mobile device as you go about maneuvering Claptrap.

In addition to the games and the robot, it also comes packed with twelve Vault Hunter lithographs and a collectible steel case. But all these loots don’t come cheap. Expect it to run you back at $399 and it is limited to just 5,000 copies worldwide. Hitting participating retailers in March 24, 2015, apparently. But don’t take our words for it. If you want this limited edition set, we suggest you get moving and approach your favorite gaming store about it.