Since the Internet found out that Jakks 48-inch First Order Stormtroopers figure can be turned into an awesome costume for kids about 48 inches tall, people have being putting the jumbo figure under the knife and Jim Brock was one of them, but what Jim did for his daughter is simply amazing. Not only did he converted the figure to fit his daughter’s frame, but he gave the costume a pink makeover. Even the ‘firearm’ wasn’t spared: it was draped in pink too and the result is surprisingly sweet, make sweeter by the little girl’s sweet smile.

Damn, we didn’t know a Stormtrooper could look this good in pink. Perhaps, Captain Phasma should ditch her chrome armor for a pink set? Ok, maybe a pink chrome getup. 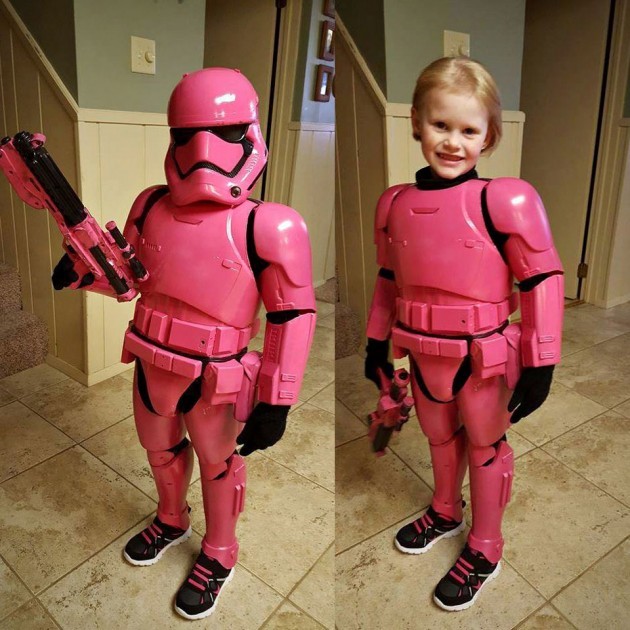