We totally understand the threat of terrorism when flying and because of this, we put our faith on the government to ensure a safe air travel. However, being humans, sometimes even government organisation can take things a little too far in the name of safety. Take for example, in the U.S.A, the Transportation Security Administration, or more famously known as TSA, is the authoritative figure to ensure our flight is free from terrorist-related dangers, but the search methods, like the full body scanner, is nothing short of controversial. It was with this in mind, designers Matt Ryan and Tim Geoghegan came with a line of clothing appropriately called 4th Amendment Wear. 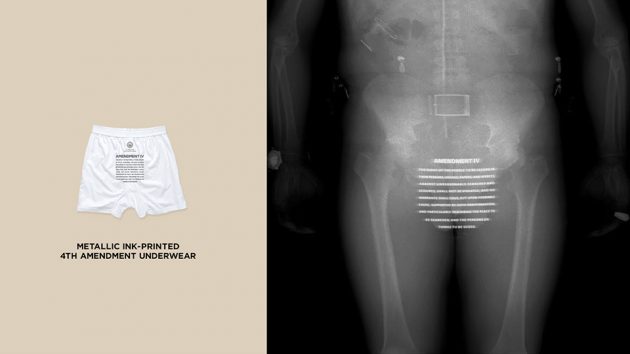 The clothing line, which includes a t-shirt, a pair of shocks, and underwear for both men and women was introduced back in 2011. There’s nothing radical about the clothing’s design; they are just fairly regular pieces in simple white hue, decorated with the 4th Amendment print. But that’s on the surface. The real magic here is when the wearer stepped into the scanner screen. The proprietary metallic ink used to realize the 4th Amendment on the apparels will show up when subject to a TSA x-ray machine, thus reminding the officials that they are in fact digging into the privates of passengers. 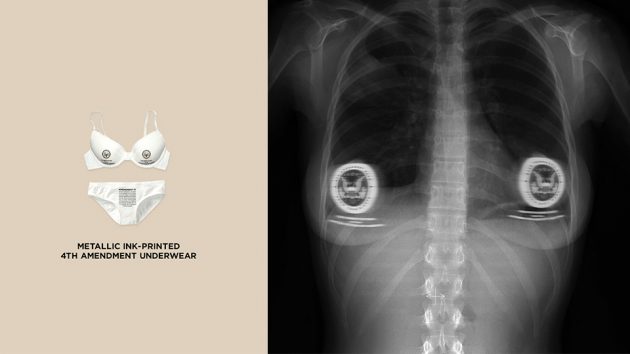 Not surprisingly, 4th Amendment Wear is controversial in itself and it also drew itself an accolade: a gold cube at the 2011 Art Directors Club global awards. Like I said, it has been around since 2011 and our last check shows that the line 4th Amendment Wear were all sold out, and there’s no indication if they will be back. We have a hunch that it will not be back, though, cos’ we read that it (the 4th Amendment Wear) is “more of a conceptual piece than anything else” and creators’ intention was for it “to be a thought-provoking way to fuel the debate about safety vs. civil liberties.”

NOW READ  Grenade Keyboard Because, In This Day And Age, Words Could Be Weapons Too 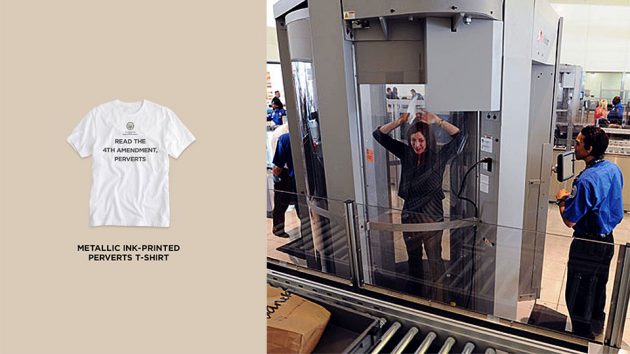 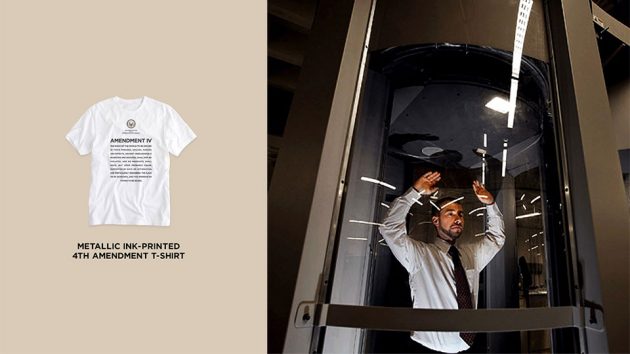 via Laughing Squid and inspiration room.