After it being announced more than six months ago and getting fans to hop onboard the beta program, Microsoft has finally announced that the Age of Empires: Definitive Edition’s availability. It will hit the shelves, worldwide for Windows, starting February 20, priced at $19.99 – just in time to mark the 20th year since its original release in 1997. So what can you expect of the Age of Empires: Definitive Edition? Well, first and foremost, it will be an eye-watering experience because, 4K UHD. Being a RTS where everything is tiny, 4K UHD is a welcome enhancement to the game. 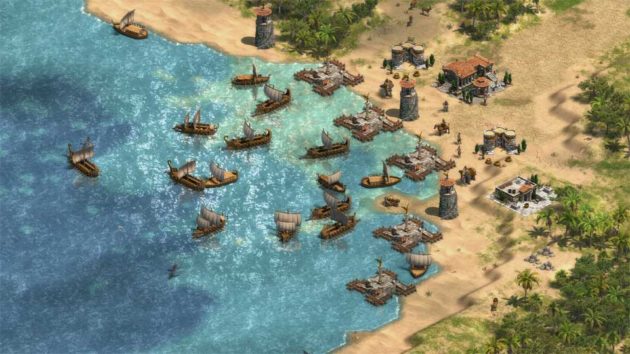 Other features to expect include in-game tech tree, support for multiplayer mode with Xbox LIVE (in addition to LAN play), fully remastered original soundtrack with a new orchestral score to boot, campaign narration for every mission, new and improved game play, and enhanced campaign and scenario editor. While there’s an abundance of improvement, most notably in the visual department, the game promised to retain the original feel and unique gameplay that made it a crowd (I was one of them, btw) favorite when it was launched 20 years ago.

Running up to the launch on February 20, Microsoft Studios will be opening up the multiplayer beta to more players worldwide starting January 29 where beta AoE gamers will be able to have a go at the game without cost. Skip ahead for the official trailer, as well as E3 2017 announce trailer.