Don’t call it a cruiser, though it may look like one. In fact, don’t associate it with any motorcycle types because the Full Moon Concept was designed “to avoid being categorized.” This concept motorcycle from Slovenian exhaust manufacturer Akrapovič belongs to nowhere but it will at the same time, fit into everywhere. Confusing? Well, it doesn’t really have to be; all you need to know is, you’re looking at a dream beauty on two wheels that’s probably not going to make it to production. Bummer. Developed in collaboration with fellow Slovenian outfit, custom bike maker Dreamachine Motorcycles, with whom Akrapovič had also worked to produced the legendary Morsus back in 2011, the Full Moon Concept is made almost in its entirety from sheet metal and is driven forth by a 1,524cc S&S Knucklehead V-twin engine. But you’re probably not as keen in that area cos’ the bike design in itself might have draw too much of the attention. 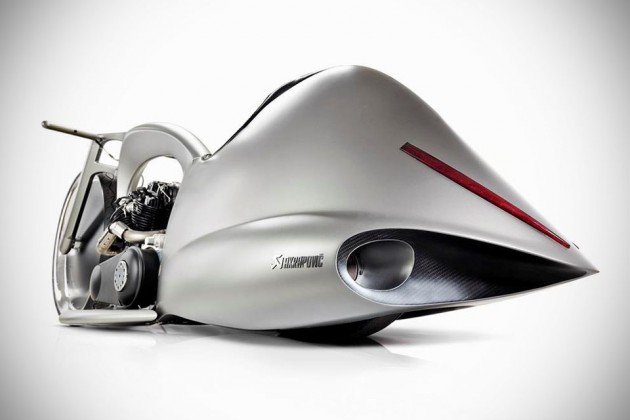 The combination of a massive 30-inch front wheel, made from aluminum and carbon, and the tear-drop shape rear just beckons you to ogle over its futuristic esthetic. It is fitted with a composite braking disc of size unheard of until now. Coming from an exhaust specialist, it is only natural that this concept is outfitted with Akrapovič’s very own custom-made exhausts, which can be found integrated into the tear-drop rear of the monocoque chassis. Additionally, a hydraulic lowering system enables the bike to be lowered to the extreme, thereby allowing the bike to be in an upright position even even the kickstand, which would otherwise tarnish the Full Moon Concept’s sleek form. Akrapovič Full Moon Concept Motorcycle was officially unwrapped recently at the Bad Salzuflen Custombike Show in Germany, where a bunch of people, including show visitors, journalists, photographers and selected guests, had witnessed this fruit of labor resulted from over eight hundred hours of work. Nope. We are not part of the lucky bunch, unfortunately. 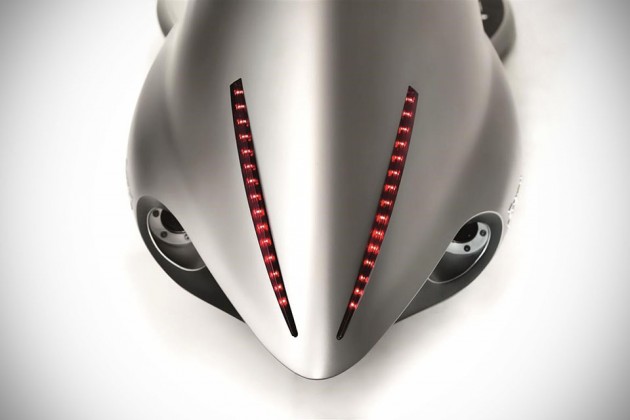 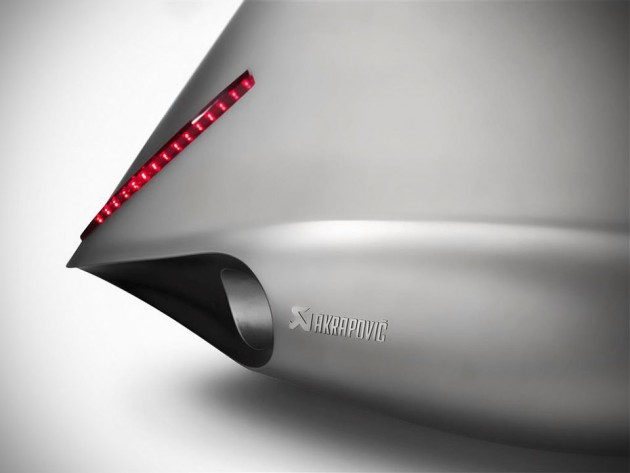 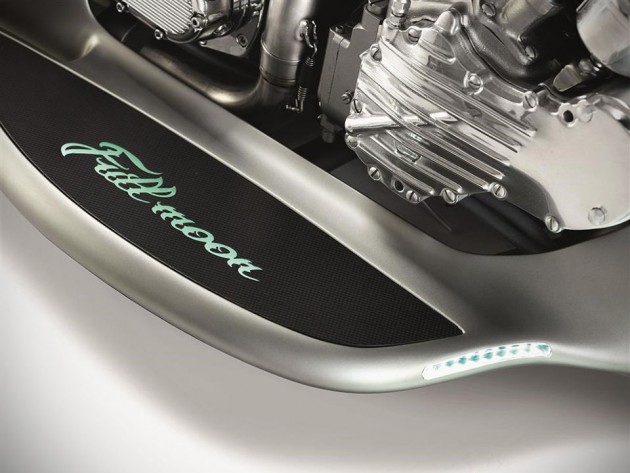 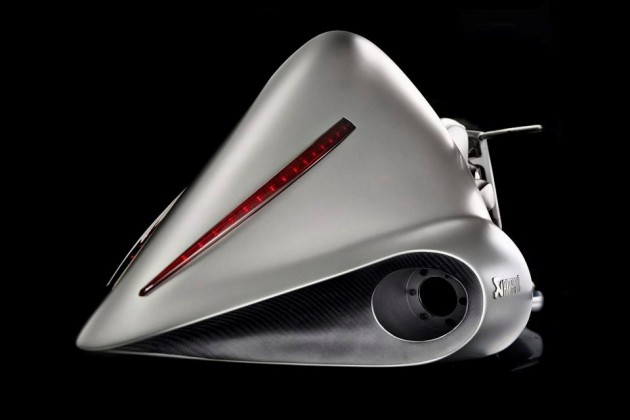 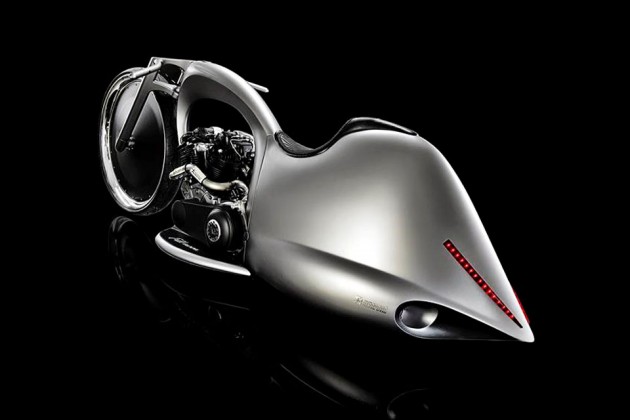 source: Akrapovič
via Visor Down